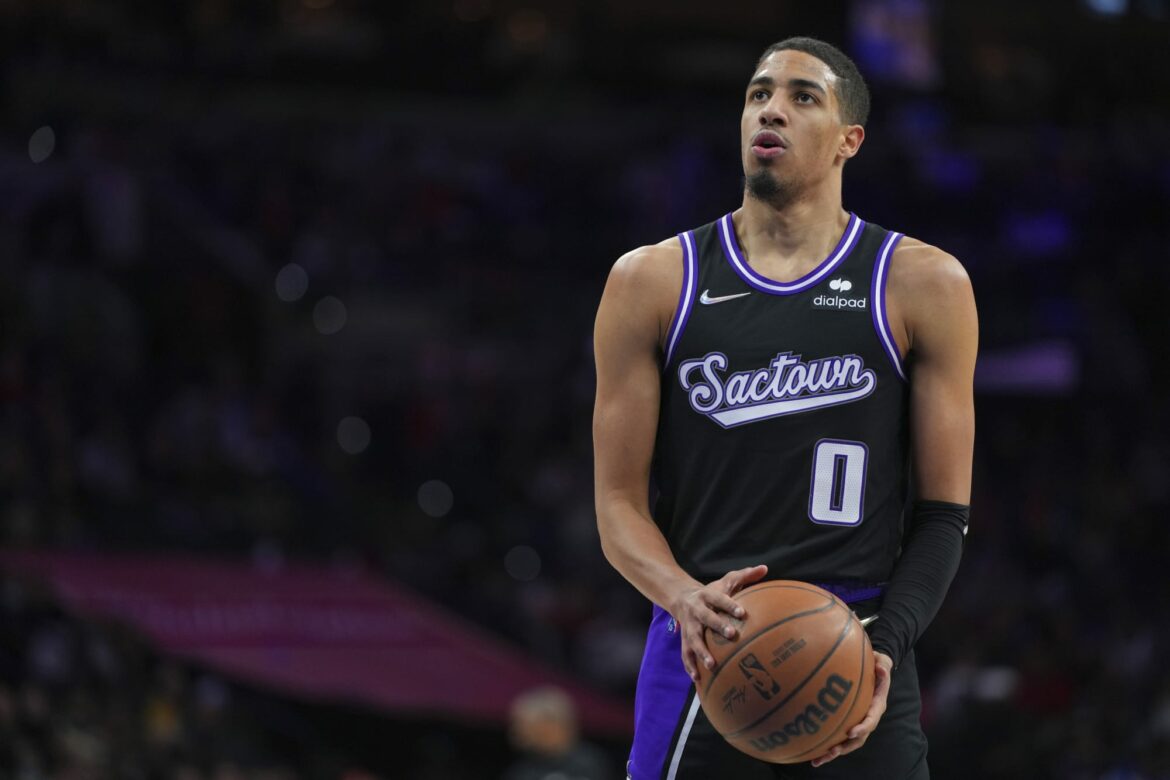 The Whiteboard is The Step Back’s daily basketball newsletter, covering the NBA, WNBA and more. Subscribe here to get it delivered to you via email each morning.

Four teams got a jumpstart on the NBA Trade Deadline with a pair of massive Tuesday trades. The Sacramento Kings sent Tyrese Haliburton, Buddy Hield and Tristan Thompson to the Pacers for Domantas Sabonis, Justin Holiday and Jeremy Lamb. Earlier in the day, the Trail Blazers sent CJ McCollum, Tony Snell and Larry Nance Jr. to the Pelicans for Josh Hart, Nickeil Alexander-Walker Didi Louzada, a protected first-round pick and two second-round picks.

Some fans seemed overjoyed at their teams’ decision-making, others not so much. As we prepare for the bigger fireworks to come, here are the biggest questions (and answers) from Tuesday’s trades.

What did the Indiana Pacers get in Tyrese Haliburton?

Playing in Sacramento is about as far as you can get from the NBA’s spotlight, and many fans might not know a ton about Haliburton. A first glance at his stats for this season — 14.3 points, 7.4 assists, 3.7 rebounds and 1.7 steals per game on 45.7/41.3/83.7 shooting splits — should inspire optimism. But it gets better from there.

The most important piece of Haliburton’s skill set, at this point, is his pull-up shooting. He’s a fantastic catch-and-shoot threat — shooting 43.4 percent on catch-and-shoot 3s in his two-year career. But this season he’s also shooting 40.1 percent on pull-up 3s, the third-highest mark in the league among the 68 players averaging at least two pull-up attempts per game. That’s elite territory and the kind of skill that makes him a viable primary or secondary three-level scorer and primary creator and should allow him to scale up his scoring load now that he won’t be playing next to another high-usage guard like De’Aaron Fox (even if he’s in a similar spot next to Malcolm Brogdon for now).

Haliburton has struggled a bit finishing this year — shooting 41.3 percent on drives, down from 54.6 percent last season. He also has a strong tendency to drive to pass and create for others — only T.J. McConnell and Fred VanVleet have passed more often this season, among high-volume penetrators. But everything in his statistical profile seems to hint at a player who is malleable, someone who could continue to play a similar role if the roster demands it or scale-up. And, at 6-foot-5, he gives the team some additional flexibility in terms of backcourt pairings. And, as a soon-to-be-22-year-old who is already a capable defender with upside, the Pacers could be looking at one of the better two-way guards in the league in a few years.

If you’re a Pacers fan, you should be feeling great today. Sabonis was fantastic and an established All-Star. But the current roster had run its course and a change seemed unavoidable. In exchange, the Pacers found a young, intelligent, hard-working, two-way guard with the star potential or the ability to downshift as a complementary weapon if the rest of this rebuild nets a different sort of star.

Does Domantas Sabonis change anything for the Sacramento Kings?

In terms of present value, Sabonis was the best player in the trade and, at 25, he could have plenty of future value for the Kings. However, he would appear to be close to his ceiling and so the big question is how much what he provides actually moves the needle for the Kings.

Sabonis can be an anchor in the middle of the floor, unlike anything the Kings have had in recent memory. He’s not really an efficient post scorer but his passing ability makes him incredibly dangerous from the elbow and with his back to the basket. Simple actions like surrounding him with shooters, running cuts off entry passes and curling for dribble hand-offs at the elbow are going to result in open shots more often than not. In particular, his presence should help create some easy points for De’Aaron Fox, with scoring opportunities he doesn’t need to create completely by himself. And while Sabonis isn’t going to be flying up the floor, his defensive rebounding and passing can help facilitate an up-tempo attack.

However, his addition comes with questions. Sabonis isn’t a defensive anchor and putting him in the lineup probably makes Richaun Holmes (who has been one of the Kings’ most consistent players) redundant. In addition, this is still a roster that, on talent, top-to-bottom, doesn’t look any better than the one Sabonis just left. Fox and Sabonis make for an intriguing core and they could be the foundation of a competitive playoff team. But the Kings still have a lot of other pieces to figure out before they get there and it’s possible they just substituted one set of team-building challenges for another.

What do the Portland Trail Blazers do next?

The Trail Blazers appear to have set themselves up for another run at building a contender around Damian Lillard. However, after two massive trades, it’s still not clear how it works out any differently than it has in the past. Assuming the Blazers are going to continue to pursue trades for Eric Bledsoe and Jusuf Nurkic, their building blocks for next season are — Lillard, Anfernee Simons, Nassir Little, Josh Hart, Justise Winslow, Keon Johnson, Nickeil Alexander-Walker, Didi Louzada, Greg Brown III, their own first-round pick, the Pelicans’ first-round pick, as much as $60 million in cap space and anything they can get for Nurkic and Bledsoe.

I’m not sure how you turn that into the kind of roster that can compete for a title in the Western Conference next season and, honestly, there seems like a good chance they could be even worse off than they were at the beginning of this season.

What is the end game for the New Orleans Pelicans?

The intentions behind the Pelicans’ trade for CJ McCollum are pretty clear — do everything they can to stay in the playoff race. They are currently holding the final play-in spot but just three games ahead of the Kings, who will likely be making a push. Even in a best-case scenario, a play-in berth leads to a first-round pounding at the hands of the Warriors or Suns but maybe, just maybe, it’s enough to convince Zion Williamson that the Pelicans are worth a long-term commitment.

But from where I’m sitting, McCollum looks like an additional $70 million bet on a hand the Pelicans may already have lost.

Russell Westbrook won’t stop taking shots at Frank Vogel. In a possibly related note, the Lakers’ odds of making the playoffs have dropped to 28 percent.

Two days before the trade deadline the Nets were standing firm and (at least publicly) refusing to make a James Harden trade. Getting embarrassed by the Celtics on national TV, including going down 28-2 to start the game, is only going to ramp up the pressure.

Bradley Beal has opted for season-ending wrist surgery. Whether the timing was intentional or not, it should end any speculation about him being moved at the trade deadline.

We still have two days of rumors and, hopefully, plenty more trade deadline fireworks. Keep up on all the latest news and rumors with our NBA Trade Deadline tracker.