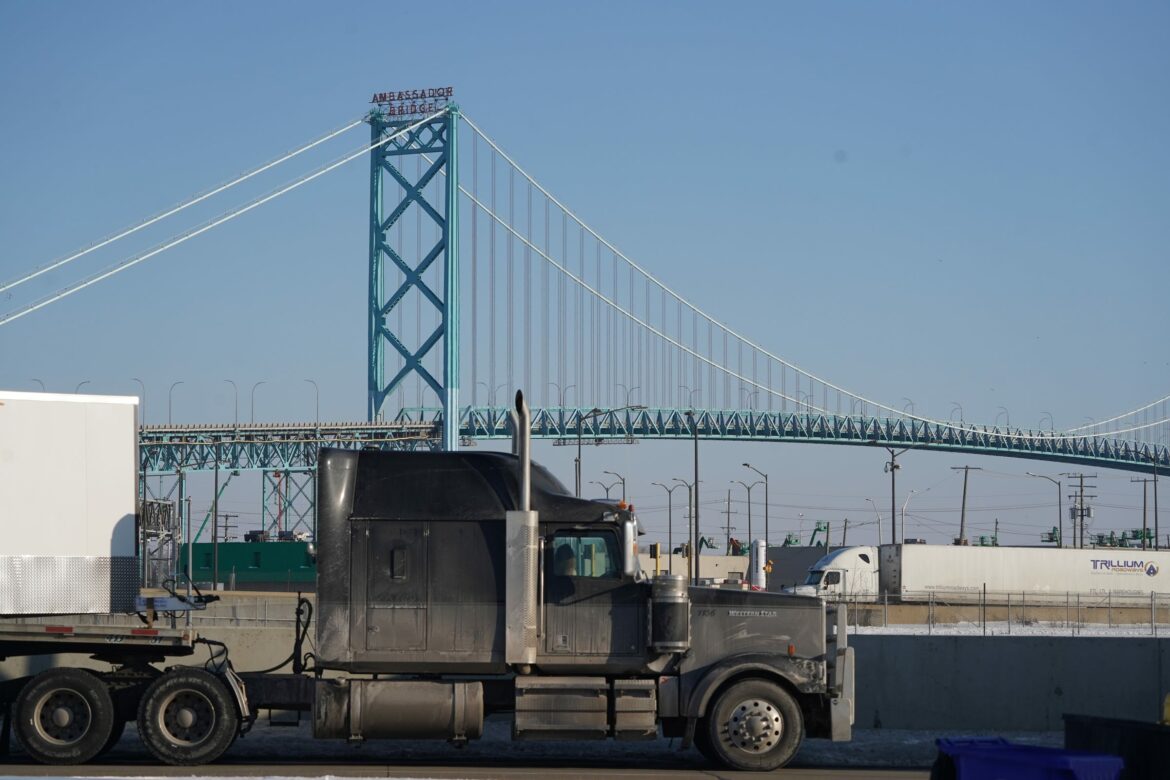 DETROIT — A protest at a major border crossing by Canadian truckers critical of pandemic vaccine mandates was headed into a third day, shutting down traffic on one international gateway and backing it up on another.

The protest has heightening concerns about commerce and what comes next. It also has added pressure — and wait times — at another international bridge, the Blue Water Bridge in Port Huron, where traffic is backing up.

Truckers calling themselves the Freedom Convoy are opposing a Canadian mandate requiring drivers entering Canada to be fully vaccinated or face testing and quarantine requirements.

But it didn’t just start this week.

Before the Ambassador Bridge was targeted, truckers also protested in Ottawa, Canada’s capital.

And there are now growing concerns that not only is the protesters’ fight spilling over the border to affect U.S. businesses and interrupt supply chains, but U.S. truckers may also be organizing similar protests in Washington and elsewhere.

In addition to the inconvenience of the bridge being impassable into Canada, and the backup of traffic at the Blue Water Bridge in Port Huron, there are serious international commerce concerns.

The Ambassador Bridge is one of America’s busiest international border crossings.

Both Detroit and Windsor have significant auto operations and the standstill is a huge concern for businesses that already have been suffering from global supply chain and local staffing issues.

So far, automakers have suggested that the disruptions are minimal.

But if the protest drags on, it has the potential to create more supply chain problems.

Windsor police declined to comment Wednesday on its plans to end the demonstration or ticket or truckers, but noted that in the past day it said had answered hundreds of 911 calls, issued 14 tickets — including traffic violations — and arrested nine people.

Police have said, however, that it “respects the rights of Canadians to exercise their freedom of expression and peacefully assembly.”

And it added that its focus is on “maintaining open communications” with protest organizers and following “a reasoned, tempered approach, including the appropriate use of police discretion to guide our police personnel’s responses.”

Matt Moroun, chairman of the Detroit International Bridge Co. which owns the span, has called on officials “to alleviate the situation” in a manner that “reflects mutual respect,” adding his family sympathizes with “those caught up in this blockade.”

“We recognize that truck drivers are essential workers” and “the Canadian government has done a tremendous job with vaccine rates,” he added. “The Ambassador Bridge has a solemn obligation to facilitate safe and efficient international trade and travel.”

Traffic from the Ambassador Bridge is being re-routed to the Blue Water Bridge, where freeways and other roadways are overwhelmed and gridlocked, in some spots, with traffic.

“We are expecting the situation to become worse before it gets better,” St. Clair County Sheriff Mat King said Tuesday, noting that the protest blocking the Detroit bridge was causing gridlock there, including backups to “eastbound I-69.”

As of 7 a.m. Wednesday, the Michigan Department of Transportation tweeted Wednesday that wait times heading into Canada were up to 30 minutes for cars and more than 1½ hours for commercial trucks.

Into the U.S., however, the wait was less than 15 minutes for cars and trucks.

It’s unclear when the protest will end.

It’s also unclear what the endgame is for Canadian law enforcement and officials who said they “recognize the need to balance individual rights and freedoms with the need to maintain public peace and order.”