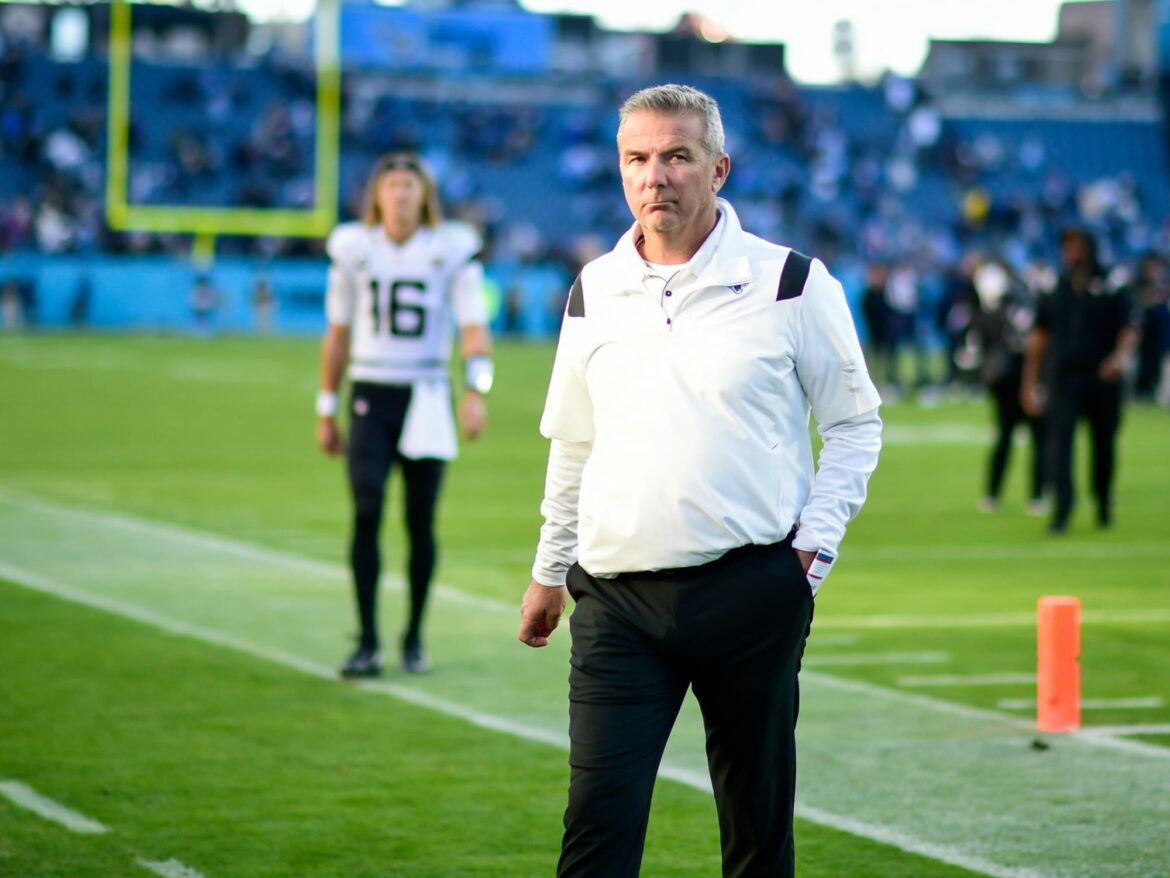 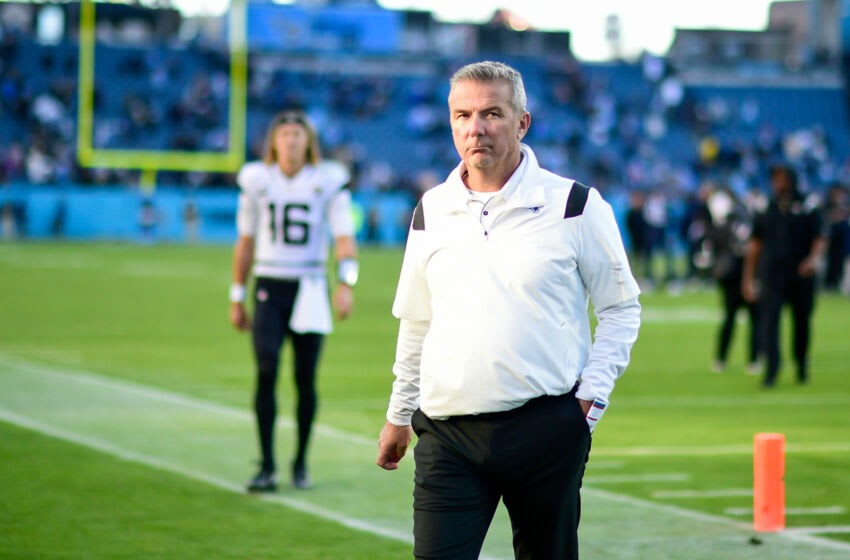 The Urban Meyer drama finally came to a breaking point on Wednesday night as the Jaguars fired their head coach less than one full season into his contract.

Many people have been calling for Urban Meyer to be fired by the Jacksonville Jaguars for months. On Wednesday night, the decision was made official.

As reported by ESPN’s Adam Schefter, Meyer has been fired less than one year into the five-year contract he signed with the Jaguars this offseason.

With him out, Darrell Bevell will serve as the interim head coach.

After less than one year in Jacksonville, Urban Meyer is out as the Jaguars’ head coach, sources tell ESPN.

With Urban Meyer out, Darrell Bevell will serve as interim head coach of the Jacksonville Jaguars for the balance of the 2021 season.

Urban Meyer drama: Jaguars had no choice but to fire head coach

Meyer created a circus with the Jags almost from the moment he arrived. And it wasn’t just the Tim Tebow at tight end experiment either.

The laundry list of wild antics, poor decisions and misdeeds is almost too long to go through. Perhaps the most infamous was the bar scene in which a video emerged of him grinding with a young lady (who was not his wife) after he chose not to fly home with the rest of the team on a road trip to Ohio.

However, it appears that a recent report that he called his assistant coaches “losers” and then another from a former player that said the head coach kicked him during warmups might’ve been the final straw.

Frankly, this was a long time coming and is in no way surprising. However, the hope in Jacksonville now will be that they can return to some semblance of normalcy and, potentially, get on the right track with Trevor Lawrence at quarterback moving forward.