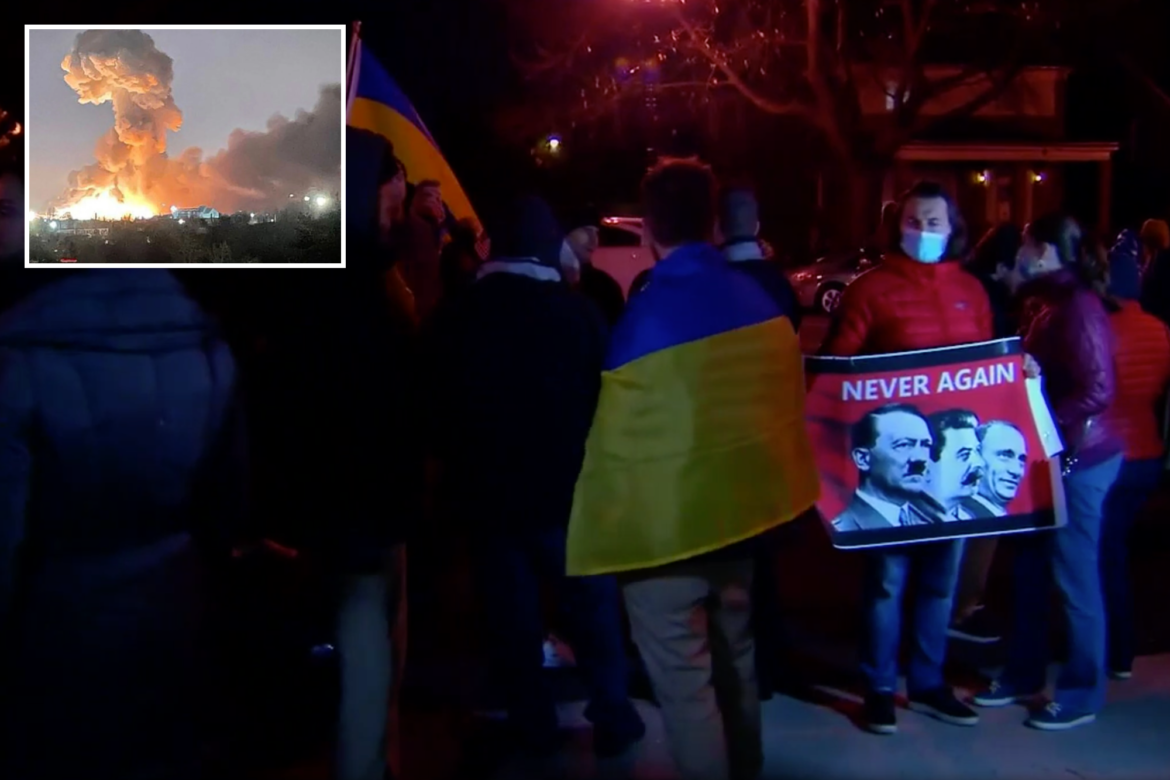 Protesters in Washington, D.C., have gathered at the Russian embassy to protest the country’s invasion of Ukraine early on Thursday morning.

The protesters gathered outside the Russian embassy after Russian President Vladimir Putin said that he is green lighting a “special military operation” in Ukraine early on Thursday morning local time, and said that “our confrontation with these [Ukrainian] forces is inevitable.”

This announcement was followed by explosions heard across Ukraine, in Kyiv, Kharkiv, Odessa, and more cities.

One of the protesters’ signs read, “Putin Burn in H-ll,” with another reading, “Never Again.”

The Ukrainian minister of foreign affairs said on early Thursday morning that Putin has launched a “full-scale invasion” of Ukraine. 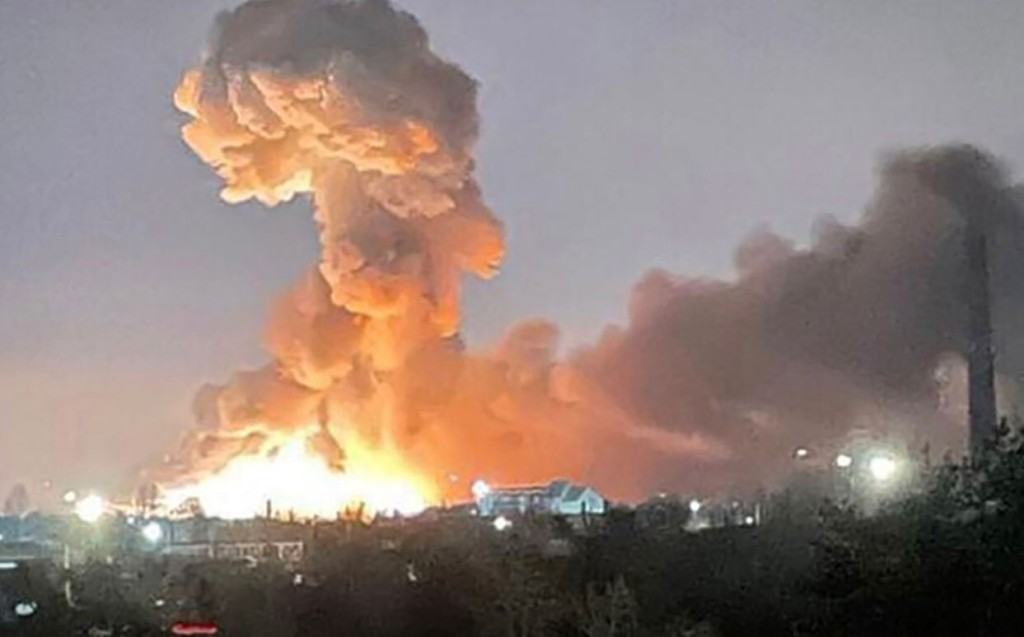 An explosion strikes Kyiv on Feb. 24, 2022, as the Ukrainian minister of foreign affairs announced Thursday morning that Vladimir Putin has launched a “full-scale invasion” of Ukraine.ZUMAPRESS.com

President Biden released a statement on Wednesday night regarding the Russian invasion, saying that the world’s prayers are with Ukraine.

“The prayers of the world are with the people of Ukraine tonight as they suffer an unprovoked and unjustified attack by Russian military forces,” President Biden said in a White House statement. “President Putin has chosen a premeditated war that will bring a catastrophic loss of life and human suffering.” 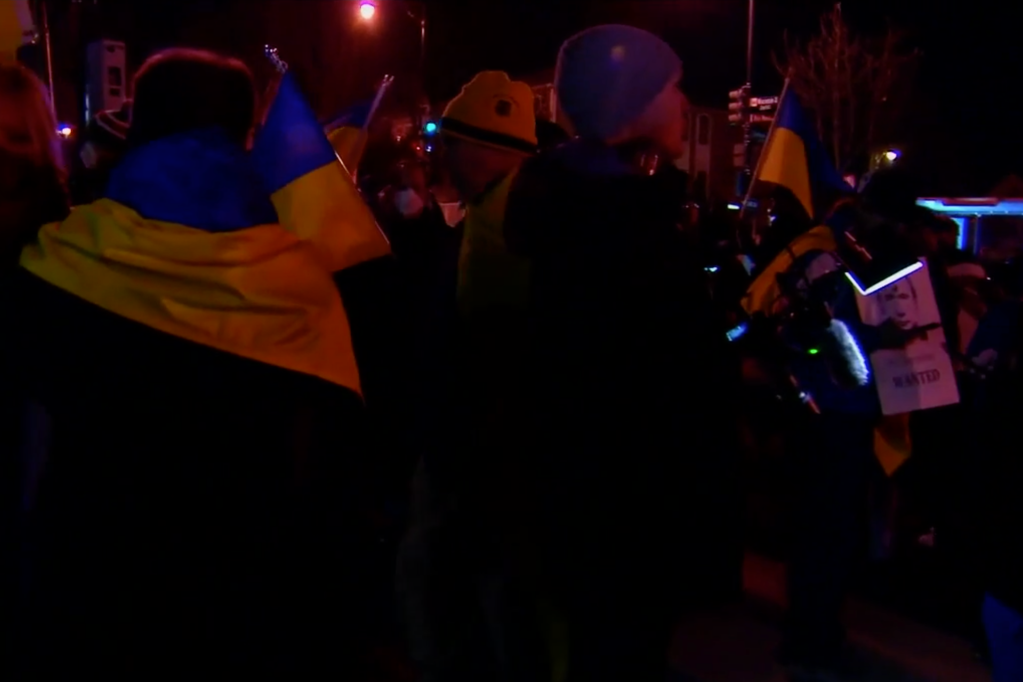