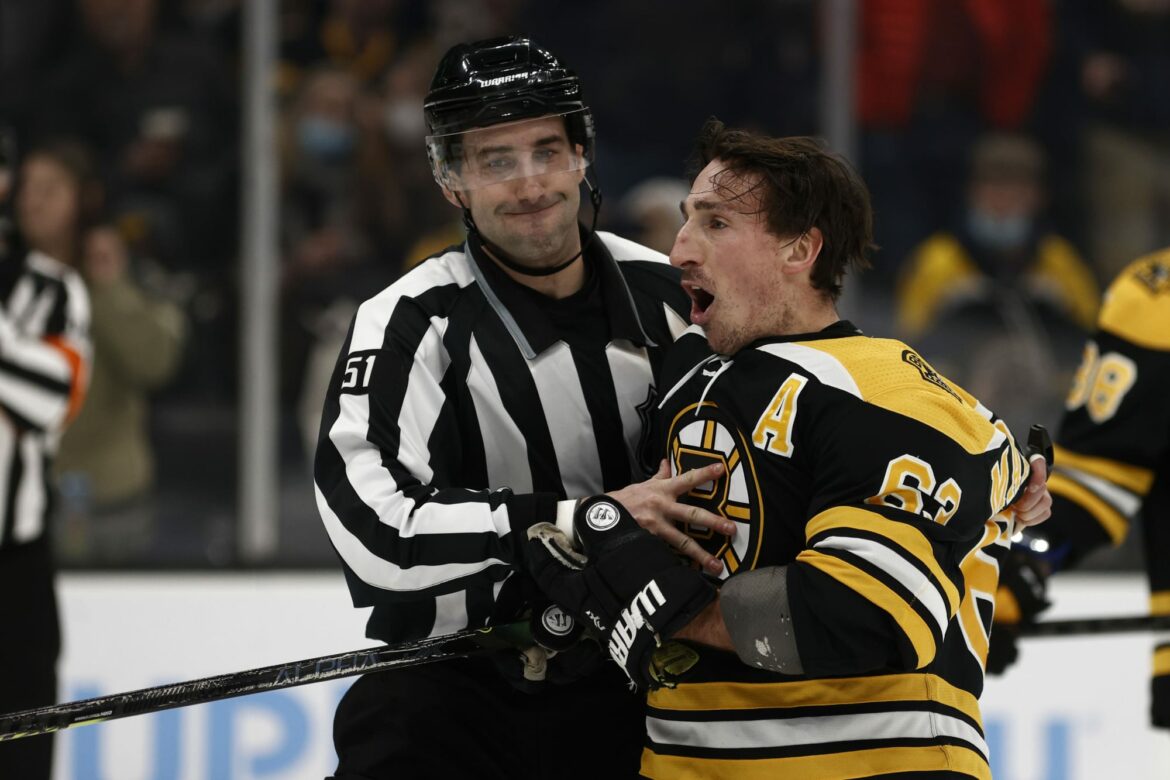 Whenever Brad Marchand is trending on social media, NHL fans collectively groan and ask themselves, “what did he do now?” Marchand is a prolific goal scorer in the league, but he is also known for his dirty antics while playing the role of pest to the opposition.

In the final minute of the game, Jarry iced the puck to stop play. After the whistle blew, Marchand approached the Pittsburgh goaltender and punched him in the side of the head. Things only got worse, as when Marchand was leaving the ice without his helmet, he jabbed at Jarry’s head with his stick.

Since Marchand did receive a match penalty and was ejected from the game, he is automatically subjected to a review by the NHL. Either way, his actions looked pretty egregious at the end of the game, which could very well result in a suspension.

Marchand was already suspended earlier this season, as he received a three-game ban for slew-footing Vancouver Canucks defenseman Oliver Ekman-Larsson.

This was not the only interaction that Marchand and Jarry had on Tuesday night. During dead play, Jarry picked up the puck with his stick and went to give it to a fan sitting in the stands at TD Garden. Marchand approached Jarry, took the puck and threw it down the ice.

Jarry was asked about Marchand’s actions when meeting with the media, saying it was “the heat of the moment.” You can read Jarry’s exact quote below, courtesy of the Penguins’ official Twitter account.

Jarry on Marchand: “I think it was the heat of the moment. Everyone is battling out there and he was just trying to get the puck to the net and our team did a great job.”

The Bruins held a 2-0 lead after two first-period goals from David Pastrnak. The Penguins overcame that deficit in the second period behind two goals by Danton Heinen and a goal by Sidney Crosby, the 499th of his career. Bryan Rust scored with over a minute remaining in regulation to clinch the win for Pittsburgh.