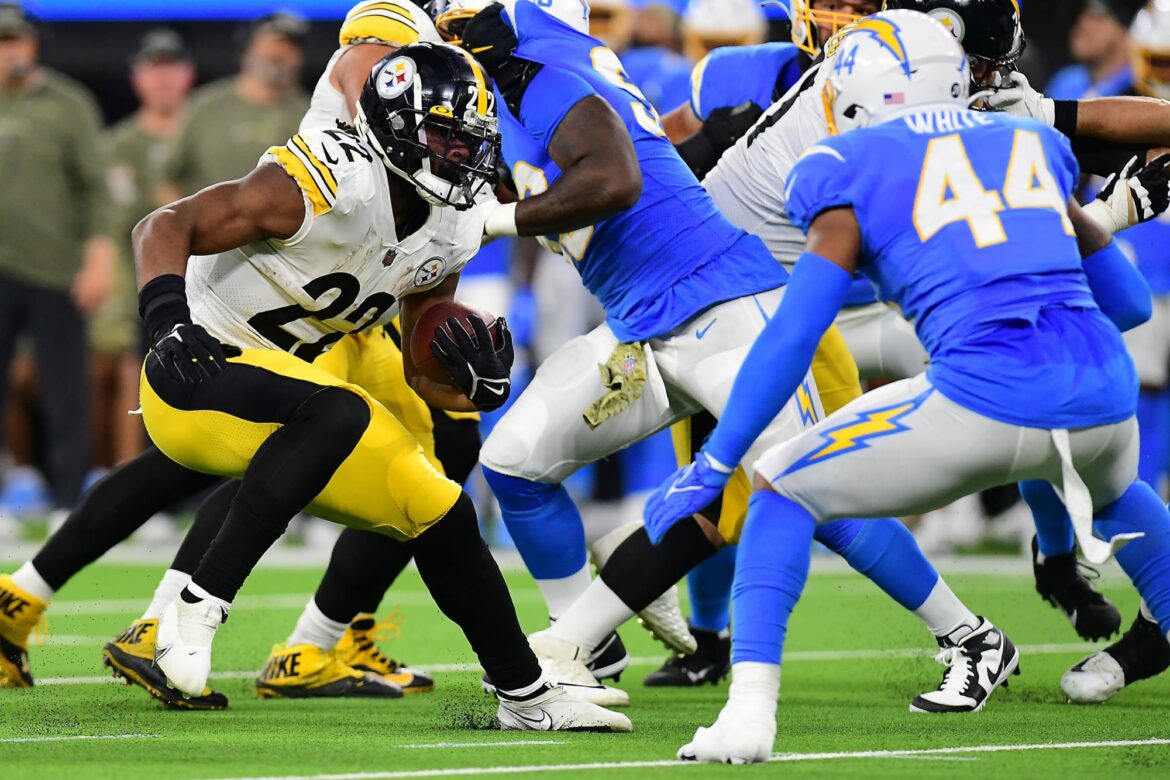 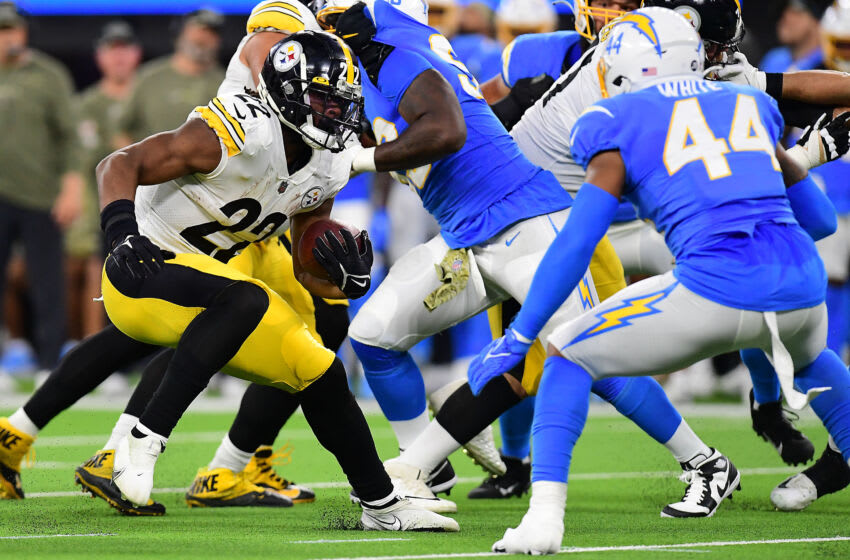 Pittsburgh Steelers running back Najee Harris was hit in the head by Los Angeles Chargers linebacker Kyzir White on Sunday.

The Pittsburgh Steelers had a rough go of things early on in Sunday’s game against the Los Angeles Chargers. As they were making a comeback midway through the fourth quarter, they lost their rookie running back, Najee Harris on a nasty play.

Harris caught a pass from quarterback Ben Roethlisberger, was hit in the head by the elbow of Chargers linebacker Kyzir White, and smacked the back of his head off the turf. The on-field officials did not call a foul on the play.

Najee Harris hit in the head by elbow of Kyzir White

The Steelers running back was removed from the game to get evaluated for a concussion. Luckily though, Harris would return to the game prior to the two-minute warning.

Referees in the game did have a bit of a make-up non-call later on. After Cameron Heyward batted a Justin Herbert pass in the air, cornerback Cameron Sutton intercepted it. But as he got up to run, he was struck by a helmet-to-helmet hit by Chargers offensive lineman Storm Norton.

Pittsburgh would bounce-back after this, as they scored a touchdown on an Eric Ebron reception to cut Los Angeles’ lead to 34-27. Following Sutton’s interception, Roethlisberger hit rookie tight end Pat Freiermuth for a game-tying, five-yard touchdown.

The Steelers ultimately lost 41-37 after a game-winning touchdown pass from Herbert to Mike Williams.

While White was not penalized for his hit, he will likely face some form of punishment from the NFL at some point this week.