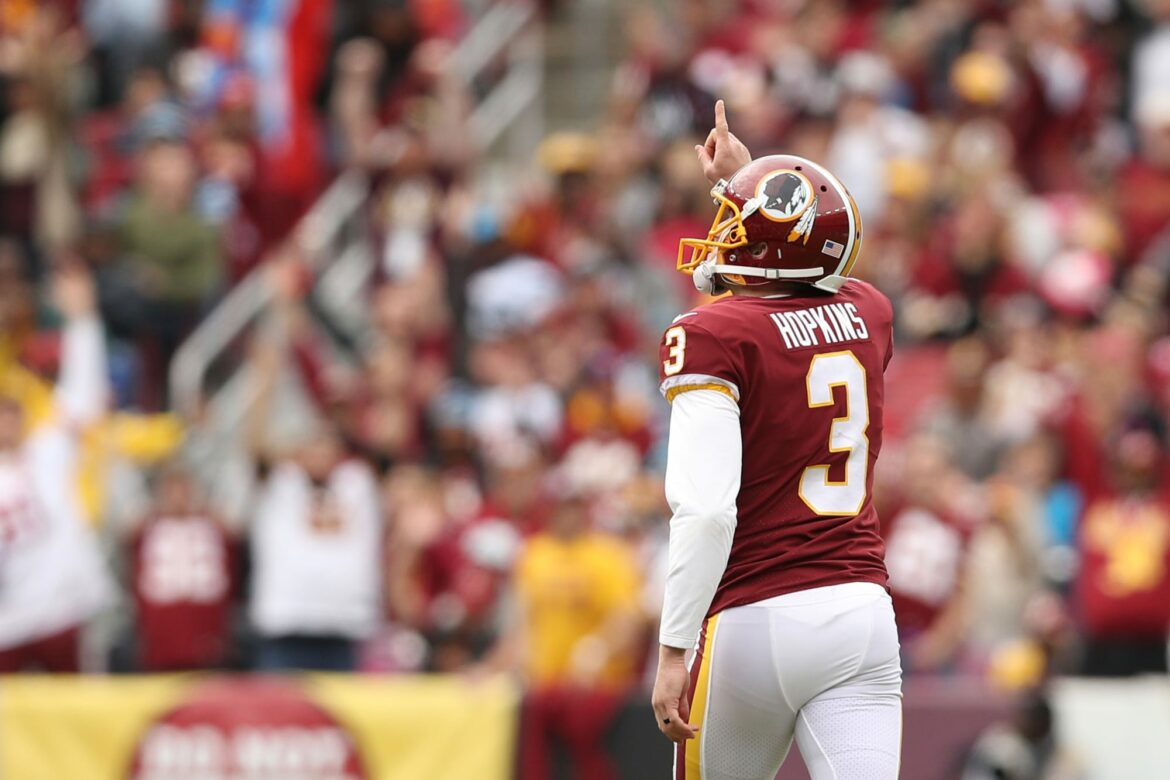 Washington Football Team kicker Dustin Hopkins recovered his own kick in an unbelievable special teams play against the Buffalo Bills.

Gisele Bündchen once famously said that her husband couldn’t throw the ball and catch the ball at the same time.

Maybe Tom Brady can’t do that, but apparently Washington Football Team kicker Dustin Hopkins can kick the ball and recover the ball at the same time.

After WFT scored their first touchdown of their game against the Buffalo Bills, kicker Dustin Hopkins sends the ball away in a routine kickoff. In what’s described as an “unusual special teams play” the ball bounces and travels just so that Hopkins has enough time to sprint downfield and recover his own kick.

Washington Football Team recovered their own kick in amazing play

While Hopkins made an incredible play, it may seem unbelievable to some that a team can legally kick and recover their own ball.

But according to the NFL Rulebook, it’s perfectly legal. Here is the official section regarding a kicking team’s eligibility for kickoff recovery:

A player of the kicking team may legally touch, catch, or recover the ball if:it first touches a receiving team player; orit reaches or crosses the receiving team’s restraining line.

The ball never touches Bills kick returner Isaiah McKenzie, but instead bounces in front of him. Since it’s made contact far beyond the kicking team’s restraining line, the ball is fair game.

After McKenzie’s miss, WFT linebacker Khaleke Hudson reaches for the ball, but it slips through his fingers. Fortunately, Hopkins has had enough time to catch up to his kick to secure the ball safely.

Kickers are known to save the day, but Hopkins’ kick-and-catch saved the game in more ways than one. Not only did it give Washington another possession, but it gave them fantastic field position that they were able to convert into another touchdown.

In a matter of minutes, Washington went from zero points to 14 points because of Hopkins’ kick. While the Bills are projected to win with 90.6 percent certainty at halftime, Hopkins was the one who got Washington back in the game.