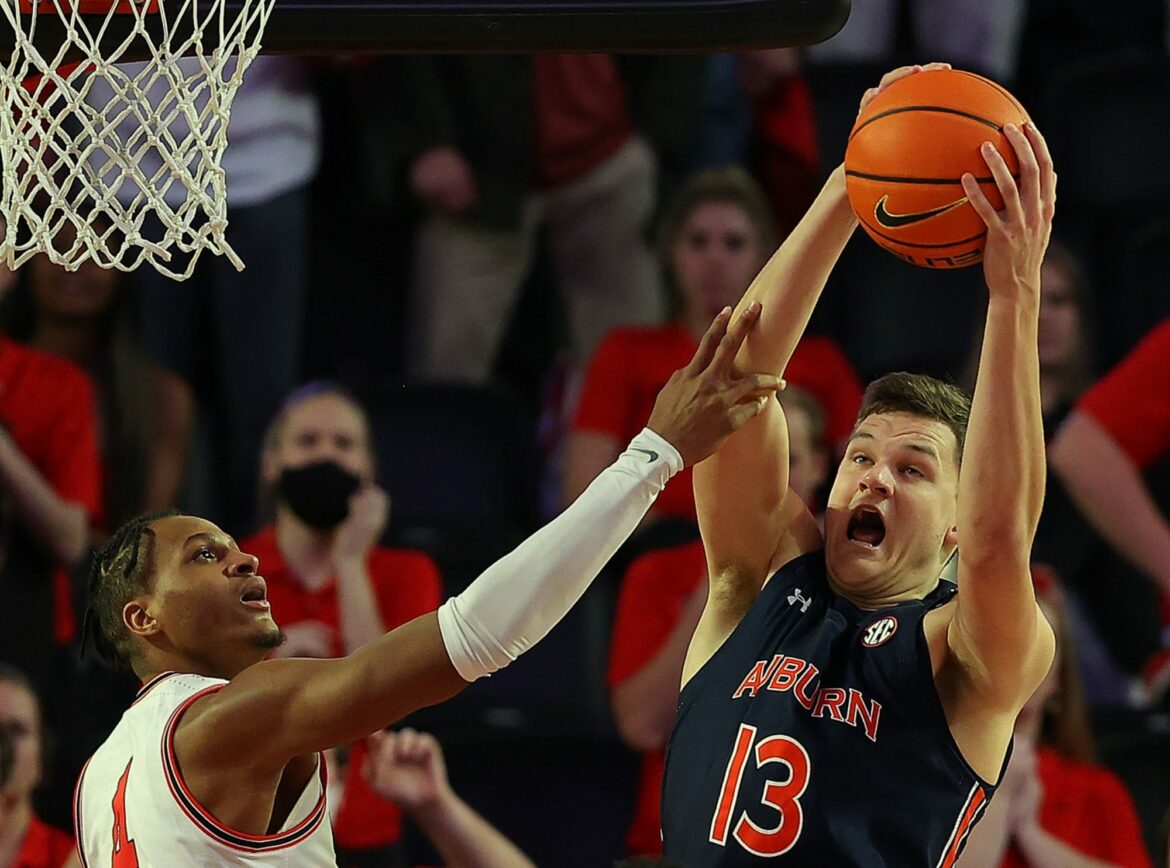 The Auburn Tigers have been a bit vulnerable of late, making their trip to Arkansas on Tuesday one of the week’s top college basketball upset picks.

Pressure is starting to build on college basketball teams with dreams of reaching the NCAA Tournament. Every conference game, particularly on the road, is a battle and finding ways to win those games can make all the difference in terms of seeding or just making the field.

The Villanova Wildcats were upset victims last week, getting swept by Marquette as their path to a Big East title has become immensely more difficult. Let’s take a look at five more teams that make sense this week as college basketball upset picks, beginning tonight with Kansas.

Note: All games listed below were on the schedule as of post-time. COVID-19 related issues can lead to schedule changes at any moment.

Kansas put together a dominant effort on Saturday by steamrolling Baylor to assume command of the Big 12 title race. A quick turnaround for a road trip to Austin on Monday against Texas has letdown potential if the Jayhawks don’t bring their best effort against the Longhorns. Texas has won two of its last three home meetings against Kansas and swept the season series a year ago.

The Wildcats are coming off a win but there are injury concerns for Villanova with Collin Gillespie and Justin Moore both dealing with ankle sprains. That could be an issue against St. John’s, which played competitively against Villanova in a 73-62 loss and needs to pick up victories in order to climb back into the bubble mix.

No. 1 Auburn at Arkansas – Tuesday

The SEC is a ridiculously strong league and the odds of Auburn getting through conference play without a loss are extremely slim as evidenced by the Tigers’ recent struggles in road trips to lowly Missouri and Georgia. Tuesday night’s trip to Arkansas is a big challenge since the Razorbacks have won eight straight games and need a win like this to really boost their NCAA Tournament resume.

No. 9 Texas Tech at Oklahoma – Wednesday

The Red Raiders are surging, winners of five of their last six with the lone loss coming in double overtime at Kansas. There are no easy games in the Big 12 either and Texas Tech’s trip to Norman on Wednesday is a dangerous one since the Sooners are a desperate team in need of a marquee win. Oklahoma has dropped seven of its last eight games and is sliding down the bubble, making this spot a potential circle the wagons type game for Porter Moser’s team.

No. 16 Ohio State at Michigan – Saturday

Some of the most dangerous road games to win in conference play come against talented teams that have underachieved since there is a chance it all clicks for 40 minutes against you. Ohio State will have to manage that problem against Michigan on Saturday as the Wolverines were a preseason Top 10 team that has gone just 11-9 this season to fall into the bubble mix. A huge rivalry game against the Buckeyes could bring the best out of Michigan, making this a troublesome spot for Ohio State.