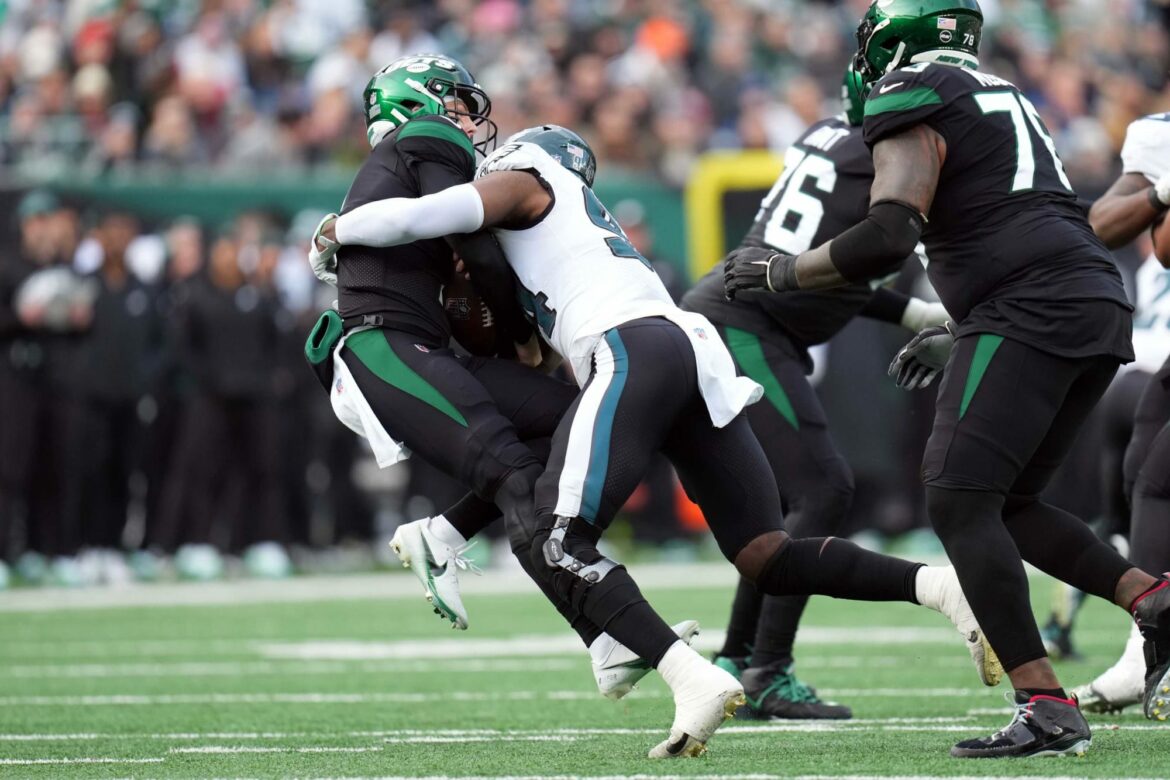 Here are the fantasy football defenses that will definitely deliver in Week 16.

A crazy week in fantasy football is behind us. COVID-19 is now firmly back in control of the NFL. That’s why the right defense can be crucial to winning your fantasy football matchup in Week 16.

What are the best fantasy football streaming defenses for Week 16?

A few weeks ago I wrote that the Philadelphia Eagles defense would be nothing for the fantasy football playoffs. And now I recommend this defense here. Because the matchup against the New York Giants just fits.

While the Eagles defense has averaged just 4.8 fantasy points and only five sacks over the last five weeks, they have also averaged three interceptions.
The New York Giants on the other hand have allowed an average of 6.7 fantasy football points per game to opposing defenses over the last three weeks, as well as six sacks, two fumble recoveries, and five interceptions.

So all in all, this is actually a good opportunity to give the Philadelphia Eagles defense a chance.

Over the last three weeks, the Washington Football Team defense has responded in the NFL’s top 10. Nine sacks scored, three interceptions, and a defensive touchdown led to 7.7 fantasy football points. That could look similar against the Dallas Cowboys.

The Dallas Cowboys are allowing an average of 7.3 Fantasy Football points to opposing defenses, the 10th most in the league. Eight sacks allowed, three interceptions and one defensive touchdown allowed make the Washington Football team’s defense a good option for your Fantasy Football team.