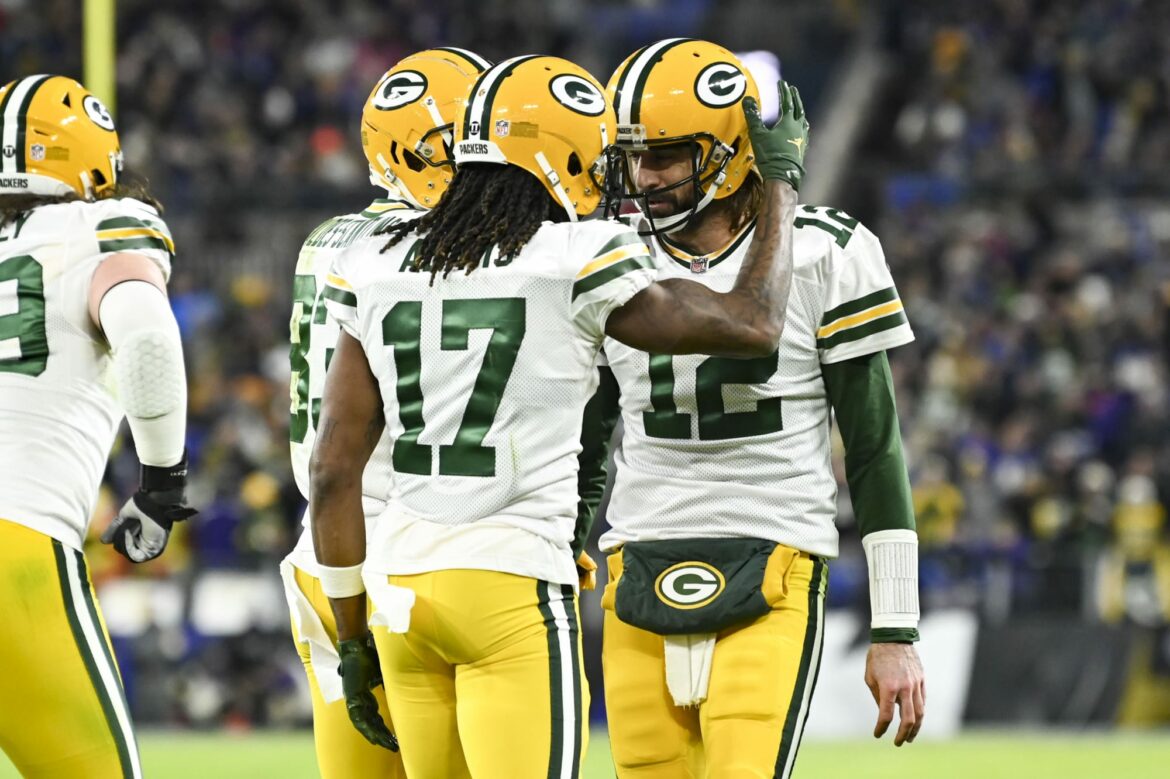 Teddy Bridgewater knocked out, carted off after scary play vs. Bengals by Cody Williams

With their latest touchdown connection, Aaron Rodgers and Davante Adams have cemented themselves in Green Bay Packers lore.

It may not have been the most electrifying touchdown connection this duo has made over the years, but it was the 65th time it had happened. The reason No. 65 is significant is it ties Adams with Jordy Nelson for the most touchdown receptions thrown by Rodgers in his illustrious career. With plenty of games left to be played, look for Adams to get No. 66 from Rodgers this season.

Green Bay may need another aerial strike like this to get past the Baltimore Ravens in Week 15.

Here is the touchdown catch by Adams that ties him with Nelson for the most thrown by Rodgers all time.

For a quarterback to have anywhere near the success as Rodgers has had, he will need a star receiver or tight end to lean on for points. Every quarterback who has had success in one place for a long time has one. Fortunately for the Packers, Rodgers has had several over the years. Nelson was his guy for most of the 2010s. Now in the early 2020s, that guy has clearly become Adams.

This year has not been easy for the Packers, but they look to be the best team in the NFC heading into Christmas. While they had the best record in the conference a year ago, getting back to the Super Bowl has evaded this team for over a decade now. NFC Championship games have been a thorn in Rodgers’ side regularly. If he and Adams can keep this up, then maybe it is their year?

One more touchdown grab from Rodgers and this record will be Adams’ and Adams’ alone.