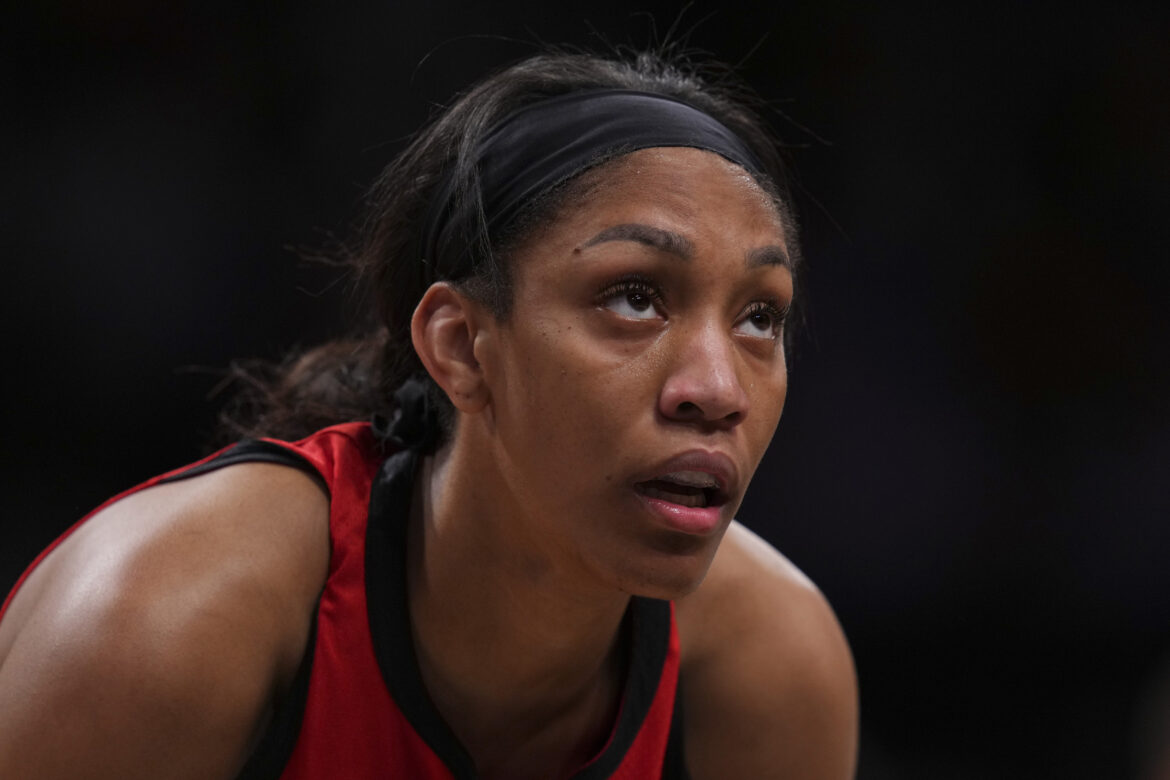 Welcome back to Above The Break, our weekly look around the WNBA. With the All-Star break behind us, the WNBA is hurtling toward its conclusion. The playoff battle is tight and the trade deadline is Friday. Will anyone make a final change to build their team up for the stretch run?

Three-game losing streaks for the Sparks and Liberty have started to make the playoff picture more clear, as both teams threaten to fall out of the race because of their current struggles. Meanwhile, the league’s top teams keep winning, with the three teams in the top three all on multi-game win streaks.

The Las Vegas Aces are back

Not that the Aces were really went away, but the team was definitely not hitting on all cylinders — losing 102-71 to the Lynx and 116-107 to the Liberty right before the WNBA All-Star break.

But if there’s something that can fix a team, it’s more meetings with New York. The Aces opened the second half with a 107-101 win over New York, then destroyed the Liberty 108-74 in the next game. Per Aces PR, that 108-74 win was a record-breaking game for the Aces, as they became the first team to score 100 points in three consecutive games.

One of my main theories for why the Aces were struggling some down the stretch was tiredness. This isn’t a deep team. Each starter plays at least 28.7 minutes per game and there’s only one other backcourt player averaging double-digit minutes.

It could also just suggest that the Aces match up really well with the Liberty. New York doesn’t have the size to defend A’ja Wilson and doesn’t quite have the speed defensively to stop the backcourt. We probably need to see Vegas do this against any other team first before we can conclude that the issues that plagued the team in June are over.

The WNBA All-Star Game was last weekend. And it sounds like there were some…issues.

But the day before the game itself, the league had its skills competition and 3-point contest and those things didn’t go as smoothly as expected.

Picture this scene, which I’m sure a lot of W fans were in. You don’t live in Chicago, but you decided you wanted to go to the All-Star Game. So, you book tickets. You fly there. You decide you should also go to the events on Saturday, so you head down there.

And then you end up standing outside, watching the contests on a screen at a fan fest that the league put together:

That’s because the 3-point and skills contests were essentially held in a closed gym, with some media and some EYBL players present. That’s a huge misstep. The league said that Wintrust was already booked that day, but…you’re in Chicago! There are a lot of basketball arenas on college campuses that could have hosted these events and also hosted fans!

Following these events, there was a Chance The Rapper concert. Maybe.

WNBA commissioner Cathy Engelbert says that yesterday’s Chance the Rapper concert at WNBA Live was not open to the public because of fears due to gun violence. She mentioned that as a concern when planning fan festivities this weekend in general

If a concert happens in a closed gym, did it happen? Maybe it’s not that. Maybe any concert by any artist in any host city would have been held in a closed gym. But the whole thing feels off.

And, of course, the issues didn’t just happen in Chicago.

According to Deadline, 76 million households had ESPN at the end of the last fiscal year. ESPNU is in 51 million households. So, right there, you’re taking the game away from 25 million potential viewers. Or, if that wasn’t possible, maybe there’s some other solution. Or heck…maybe any ESPN subscriber actually could have streamed this online and we just didn’t know it because the network didn’t make that clear. I don’t know!

One thing I will note is that there was a lot of chatter about how the league should have put the events on League Pass. I’m sympathetic to that, but it’s also not how television contracts work. ESPN had the rights to the event. The league can’t circumvent that by saying “oh, ESPN moved the game to a different ESPN network, so let’s just air it ourselves.” ESPNU is still in a lot more households than League Pass is.

But then the Wings went with Isabelle Harrison at the five. That’s fine because Harrison is really good. But she’s also a free agent after this season and the Wings probably need to be thinking about moving on from her for salary reasons, as Allisha Gray and Satou Sabally will need new deals in 2024, and Marina Mabrey is also a free agent in 2023.

Things have changed. In four games this month, McCowan has played 20-plus minutes four times.

This month, McCowan is averaging 12.5 points and 8.8 rebounds per game. Her size advantage up front makes her a walking double-double threat. She’s shooting 61.9 percent from inside of five feet, with 84 of her 102 shot attempts coming there.

You have to sacrifice some things defensively with McCowan on the floor. You can’t trust her to defend in space like you can with Harrison. Her ability to alter shots at the basket has mattered more than her issues in space, as she has 10 blocks over the last four games.

The Wings are a team to watch on Friday with trades. Could Harrison or Collier be on the move, which would further solidify that McCowan’s bump in minutes will be permanent?