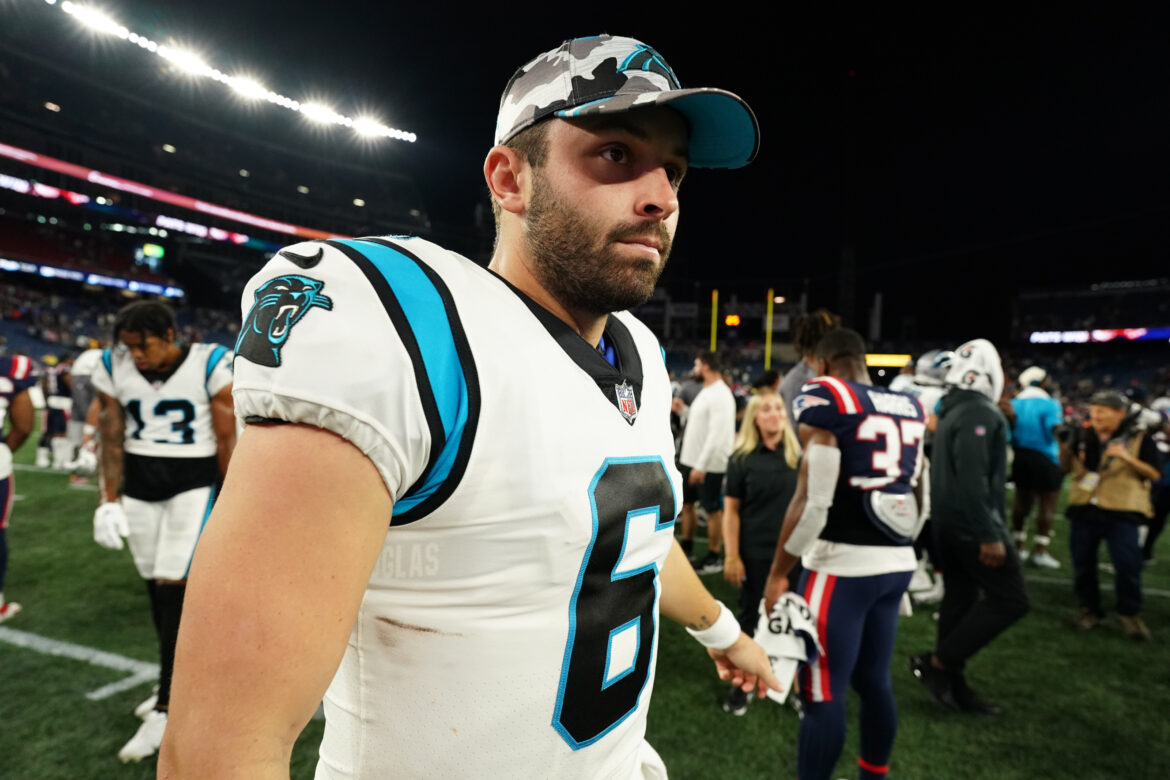 Baker Mayfield has a new home. The former Oklahoma quarterback left the Cleveland Browns after the signing of Deshaun Watson from the Houston Texans. He replaces Sam Darnold and Cam Newton as the new starting quarterback for the Carolina Panthers for the upcoming 2022-23 NFL season.

In lieu of the season opener Sept. 11, reports came out that Mayfield had said that he was going to “f**k them [the Browns] up” as a taste of revenge for the ugly exit at the end of last season.

Mayfield, who led the Browns to the playoffs during the coronavirus season of 2020, is now denying these claims.

In a local media scrum Aug. 31, Mayfield attempted to clear the air.

”Well, first, I didn’t say it,” Mayfield said. “Obviously, I mean, everybody’s gonna write whatever story they want and there’s history that I played there [in Cleveland] the last four years. I’m an extremely competitive person. Everybody knows that. If I wasn’t wanting to win, then there would be a really big issue of me being the quarterback here [for the Panthers]. So, I want to win in everything I do. That’ll never change. Now, that is not how I phrased it. That’s not even what I said, and I’ll leave it at that.”

Baker Mayfield downplaying his comments is a bad look

Mayfield denying his words doesn’t leave the greatest impression on those opposed to him.

After all, he’s still looking for consistent success after the Browns missed the playoffs in 2021, and in Carolina, the story is no different. Motivation or not, keeping an honest approach will only serve you well in the long run, and Mayfield didn’t do that here.

Regardless, Week 1 is right around the corner, as Panthers-Browns is a highly-anticipated tilt. At press time, Carolina is a two-and-a-half point favorite.