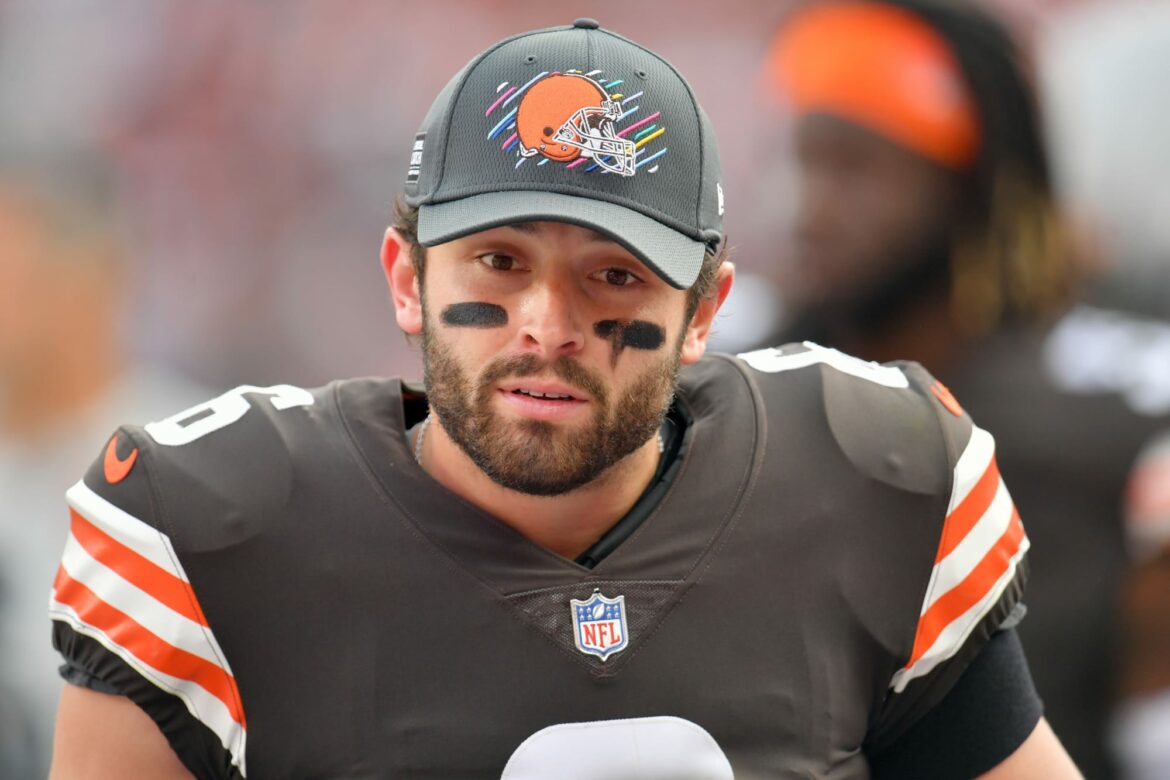 The Cleveland Browns are in the throes of a contentious playoff race, with every game counting toward a potential post-season bid.

To have the best chance, the Browns will need to play their best, which is becoming less and less likely as players are felled by positive COVID-19 results.

As of Tuesday, eight Browns players had tested positive for COVID, including Jarvis Landry, the Browns’ clutch longtime wideout. Quarterback Baker Mayfield is out with the virus, and so is his backup Case Keenum — the Browns are now down to third-string option Nick Mullins because of the virus.

Still, the NFL has yet to postpone the Browns’ Saturday game against the Raiders, putting the battling AFC team at a major disadvantage.

Mayfield took issue with the NFL’s lacking response, telling the league to “make up your damn mind on protocols.”

@NFL Make up your damn mind on protocols. Showing up and making only 3 teams test?!? All so you can keep the game as scheduled to make money.

Mayfield also accused the NFL of keeping their current schedule “to make money”.

Baker Mayfield comes for the NFL amid Browns COVID outbreak

The NFL protocols, which have mandated that vaccinated players only require weekly COVID tests, have decimated the league this week. Over 75 players have been sidelined with the virus this week, comprising about four percent of the league.

Four percent may seem small, but where the outbreaks occur adds context. The Browns, for example, were more heavily affected than other teams this week.

Mayfield, like teammate Myles Garrett, criticized the league for infrequently testing vaccinated players. Garrett referred to this as a “recipe for disaster“, while Mayfield said it “doesn’t make any sense.”

@NFL Make up your damn mind on protocols. Showing up and making only 3 teams test?!? All so you can keep the game as scheduled to make money.

While the COVID-19 has been proven to protect those against various strains of the coronavirus, some people have still contracted the virus while vaccinated, including the eight Browns listed as out on Tuesday. Emerging strains appear to be more resistant to vaccines, which is quickly making the NFL’s weekly-testing policy dangerously inadequate.

While Mayfield didn’t clarify what he meant by only three teams being singled out, the rest of his message is clear: the NFL’s lack of action, before the outbreak and now before the game, is going to severely hurt his team’s chances at the playoffs.