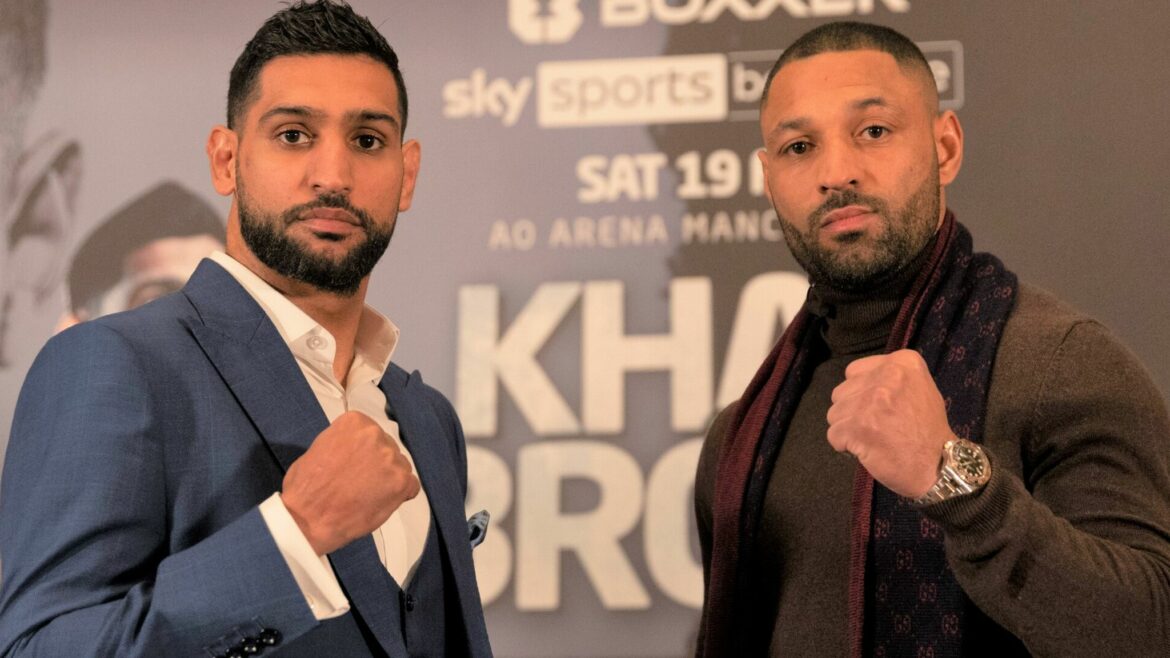 It’s pretty much a safe bet right now that fellow Brits Amir Khan and Kell Brook don’t like each other. Not at all. Although the two didn’t face off when they were in their respective and impressive primes, they are now finally going to get it on this Saturday at the Manchester Arena in England. During a Thursday press conference to promote the fight, things turned ugly, not only between Brook, and Khan, but between their respective trainers as well. For a bout that’s widely regarded as being past it’s sell-by date, there appeared to be a considerable amount of bad blood between the two fighters and their camps. 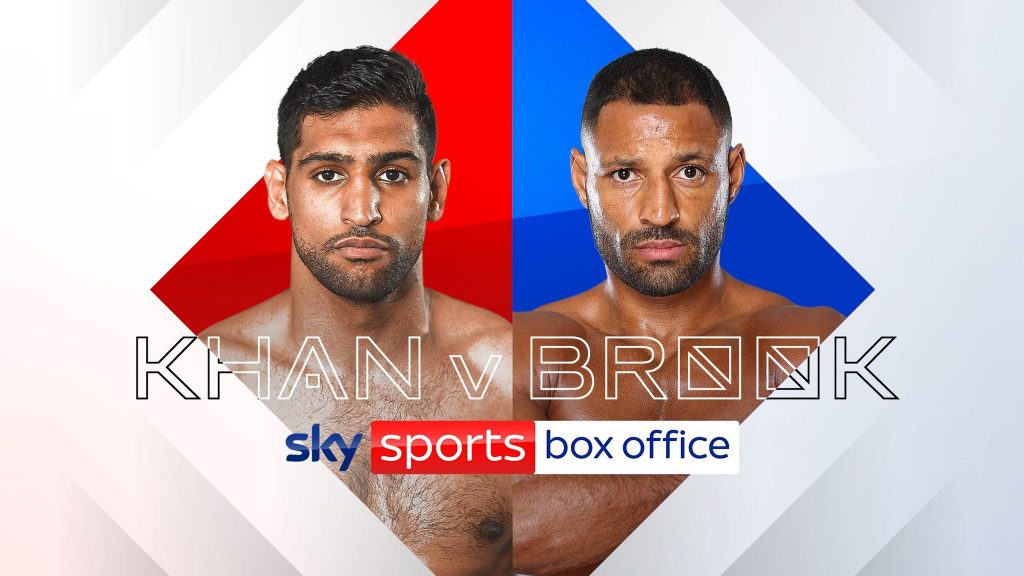 “I’ve just seen a video in which you say you’re going to smash my poppadom chin,” said Khan. “Isn’t that racist?” Brook was kept from responding by the moderator, but Khan continued on the subject with the media afterwards. “I never like to talk about racism but this has really upset me,” he said, “Hurt me. He should remember that in Sheffield he has a lot of Pakistani and Indian fans.” Brook told the media that “I’m no racist.” He went on to add: ‘My only thought when I said that was that you crack poppadom like I’m going to crack his chin. He’s just trying to get everyone on his side.”

According to the Daily Mail, “the pair have been embroiled in a fierce feud ever since they were amateurs.” When Brook indicated that he and Khan had shared a room back in their amateur days, Khan called him out. “That doesn’t sound right,” he said. “Listen, I haven’t shared a room with you, don’t be saying that. That doesn’t sound right, Kell, especially with the stuff I’ve heard.” Brook retorted with “it’s you who was on gay sites w——yourself off.”

The trainers also took turns verbally getting in their digs. “I am surprised that Amir took the fight,” said Dominic Ingle, Brook’s trainer. Brian McIntyre, who trained Terence Crawford to victory over both Brook and Khan, is now in Khan’s corner. “Kell only went three rounds,” he said of Brook’s fight with Crawford. “Amir actually came to fight.” Although off the rail press conferences have a way of attracting attention, the hostility between Brook and Khan appears to be genuine. “We’re three sleeps away,” Brook said of Khan. “He’s definitely going to sleep on Saturday night when I smash him in.”