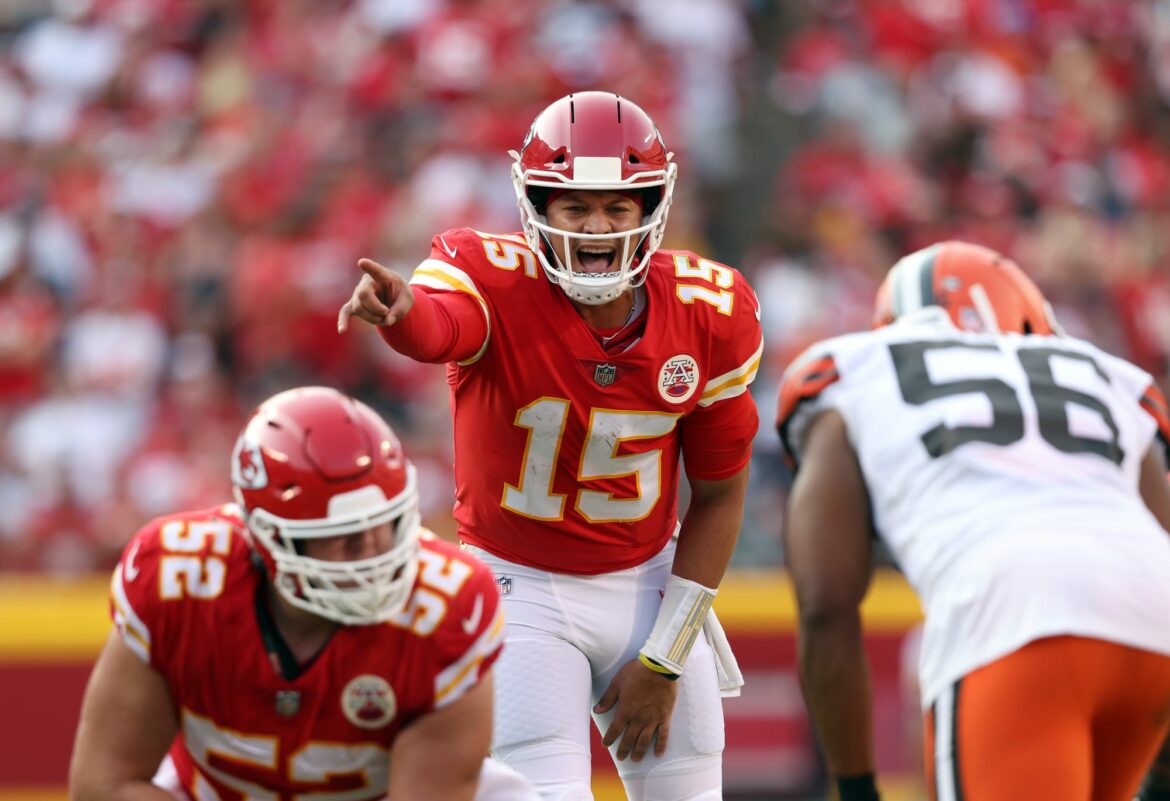 Patrick Mahomes has had an uncharacteristically sloppy start to the season. Can the Chiefs solve his problems by pairing him with Odell Beckham Jr.?

No one needed the 2021 NFL season to start more than the Kansas City Chiefs. After a disappointing loss to the Tampa Bay Buccaneers in Super Bowl 54, the Chiefs needed to exorcise their demons with a strong start to the season. Nine weeks in, that plan hasn’t materialized.

The Chiefs sit with a 4-4 record following their win against the New York Giants on Monday Night Football, but they’re still on the outside looking in on the playoffs, with both the Las Vegas Raiders and Los Angeles Chargers ahead of them in the AFC West. Once again, the defense has been lurking around the bottom of the NFL, but there’s also a bigger problem at play — Patrick Mahomes.

In the grand scheme of things, Mahomes has still been an above-average quarterback. He’s top ten in quarterback EPA, fourth in touchdown passes, and third in passing yards. However, turnovers are killing the Chiefs right now. Mahomes leads the NFL in interceptions and is currently on pace to throw almost 20.

Right now, it looks like NFL defenses are figuring out how to nullify the Chiefs’ once rampant offense: two-high safety looks and bracketing their two-star receivers — Travis Kelce and Tyreek Hill. That’s left Mahomes in a bit of a struggle on most plays, especially when he’s trying to extend them and look for an opening. The end result has been frustrating sacks, comical turnovers, and a lot of confusion.

Mahomes has been one of the NFL’s genuine superstars since his first season as a starter with the Chiefs and has thrown for 133 touchdowns and over 16,000 yards in the process. He’s won an MVP, a Super Bowl title, and a Super Bowl MVP in the last four years. At his best, he’s the best player in the NFL and one of the most fun players to watch. This is the longest we’ve seen him struggle, though.

However, help could be on the way. Wide receiver, Odell Beckham Jr., is on the move after the Cleveland Browns waived him on Friday afternoon, ending his tenure with the team in acrimonious circumstances. Like the Browns, Beckham will be looking to put an end to the drama and just get back to playing football — but he needs to find a team first.

If Beckham clears waivers, he could find himself on the radar of the Chiefs, and it’s a move that makes a lot of sense. Outside of Kelce and Hill, the Chiefs are lacking any real substance with their pass catchers. Mecole Hardman has been a good gadget player, but not a consistently dependable receiver, and DeMarcus Robinson is a fringe receiver on most NFL teams.

Simply put, the Chiefs need more playmakers. As disappointing as Beckham’s stay in Cleveland was, there’s a very real possibility that he is still a top-10 receiver in the NFL. He’s had his fair share of injuries over the last three seasons, and the connection with Baker Mayfield was never quite there, but Beckham is an electric receiver with just about everything you want in a wideout.

Pairing him with Mahomes could alleviate a lot of Mahomes issues on the field. The Chiefs’ offense would open up a lot more with the dynamic ability of Beckham alongside Kelce and Hill. Suddenly, the game plan on offense might not be as predictable as in recent weeks.

If he’s healthy, Beckham can provide a downfield threat — something that hasn’t been an issue for the Chiefs — but also a reliable option underneath. Beckham is still twitchy enough to create separation in short-yardage situations and his presence would allow Hill to operate more freely.

A much more flexible Chiefs offense is harder to defend and game plan for. The blueprint becomes a little murkier and doesn’t involve as many two-high looks. Once that happens, the Chiefs could be rolling again. Beckham’s presence could be the catalyst for a late-season push for Mahomes and the Chiefs.