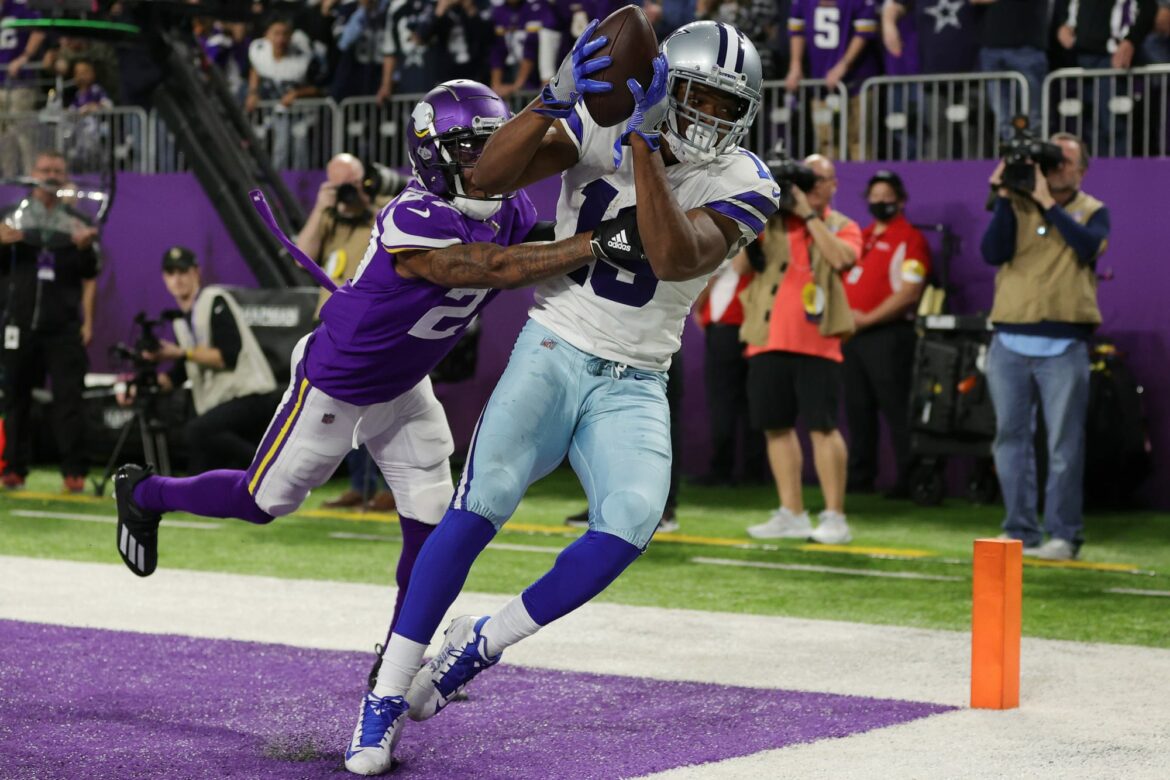 MINNEAPOLIS, MINNESOTA – OCTOBER 31: Amari Cooper #19 of the Dallas Cowboys catches a five-yard touchdown pass from Cooper Rush #10 (not pictured) against Cameron Dantzler #27 of the Minnesota Vikings during the fourth quarter at U.S. Bank Stadium on October 31, 2021 in Minneapolis, Minnesota. (Photo by Stacy Revere/Getty Images)

Some good news has arrived for the Dallas Cowboys, as it’s looking like Amari Cooper will be able to suit up to take on the New Orleans Saints.

Dallas Cowboys fans have seen just how badly this team needs Amari Cooper in recent weeks. The star wide receiver has missed back-to-back games after testing positive for COVID. Dallas is 0-2 with Cooper watching from home.

Earlier this week, it was revealed that Cooper was still feeling ill and his status for the Thursday Night Football game against the New Orleans Saints was clear as mud. Now, though, it’s looking like the speedster will be ready to rock for this one.

Source: #Cowboys wide receiver Amari Cooper is expected to travel with the team to New Orleans today and play against the #Saints tomorrow night. Cooper, who is unvaccinated, tested positive for Covid and has missed last two games, both Cowboys losses.

Amari Cooper suiting up for the Cowboys vs. the Saints is massive

According to ESPN insider Ed Werder, his sources are telling him that Cooper is flying with the team on Wednesday to New Orleans and he’ll indeed play on Thursday night. Cooper’s absence was made even worse last week with CeeDee Lamb also missing the loss to the Raiders due to his concussion.

With Dallas losing two consecutive matchups, they’re in dire need of a win on Thursday to try and build some momentum with the playoffs right around the corner. Fortunately for head coach Mike McCarthy, both Lamb and Cooper appear set to start against the Saints.

New Orleans will be sending out Taysom Hill as its starter vs. the Cowboys, which only makes this meeting even more intriguing. Dallas is the favorite leading into things and their odds are only going to get stronger with Cooper back in the fold for the offense.

On the season, Cooper has hauled in 44 receptions for 585 yards and five touchdowns. He’ll look to record score No. 6 when he takes on New Orleans in primetime this week.