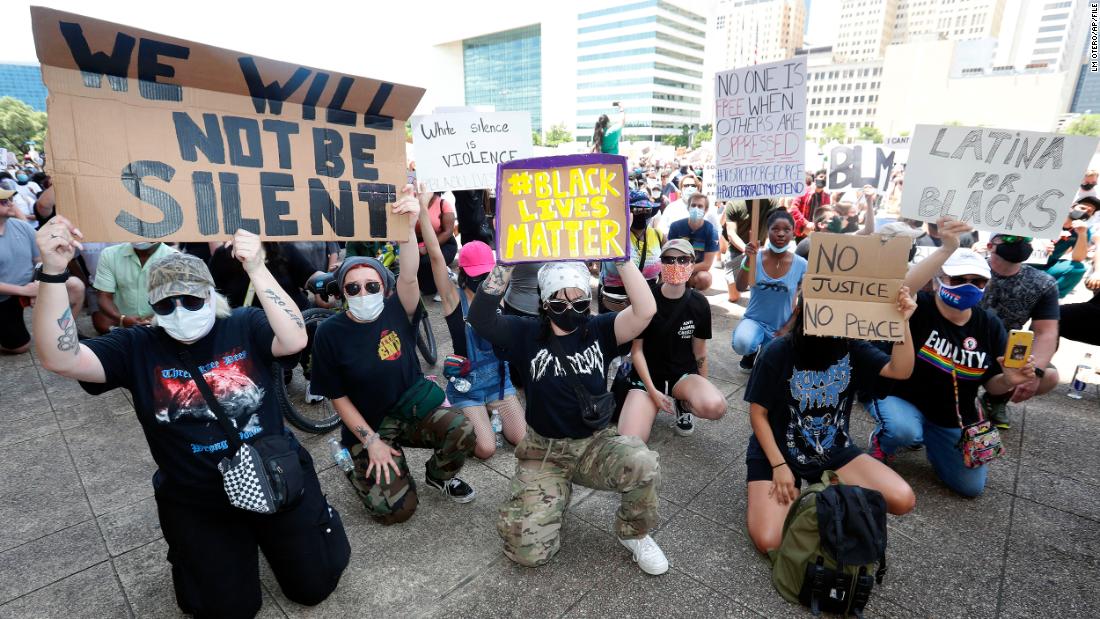 Dallas Police Senior Corporal Ryan Mabry is being charged in connection to the “shooting” of three individuals “with a 40-millimeter launcher” on May 30, 2020, according to a Wednesday news release. He faces three counts of first-degree aggravated assault with a deadly weapon by a public servant and three counts of official oppression, a class A misdemeanor, the release says.

Former DPD Senior Corporal Melvin Williams — who was terminated in January for violating the department’s use of force policy in a separate incident, per the department — is similarly charged for the “shooting” of three individuals, along with the assault of a fourth victim on July 18, 2020, the release says.

Williams faces two counts of first-degree aggravated assault with a deadly weapon by a public servant and four counts of official oppression, one of them stemming from a separate incident in July 2021.

The DA’s office noted these are pre-indictment criminal charges and that they must proceed through a grand jury.

In the wake of Floyd’s death, protests broke out nationwide as demonstrators voiced their anger with racial injustice and police brutality, including in Dallas.

Arrest affidavits for Mabry and Williams outline several incidents in which the officers used projectiles against protesters, in some cases when protesters appeared to pose no threat, often citing interviews with the victims, other officers and body camera footage.

One affidavit describes how a demonstrator threw a water bottle that contained a clear liquid at a group of officers. The bottle landed nearby but did not strike any police. But seconds later, Mabry allegedly fired his launcher and struck one person — not the individual who threw the water bottle — in the eye.

Footage shows Mabry fire at the individual, who told investigators he was struck in the right bicep. Seconds later, another shot was heard on footage, the affidavit says. Footage shows Williams opening his launcher and removing a spent cartridge. This shot by Williams, the affidavit says, struck the victim in his left testicle and thigh, requiring surgery.

The DA’s announcement comes a month after Criminal DA John Creuzot said his office was “still actively pursuing alleged criminal wrongdoing by police officers” on May 30, 2020.

In a separate release, the DA’s office described three victims — only one of whom had been identified — who’d been shot by “less-lethal” ammunition, along with the times and locations those individuals were hurt.

At the time, DPD’s protocols dictated that after officers fired “less lethal” rounds, they should have collected the projectile “if feasible,” gotten medical help for the person who was hit, notified a supervisor and completed a report detailing the incident.

“None of these steps were taken,” the release said.

‘These were not peaceful protests,’ attorney says

Attorneys for both officers said their clients were responding to stop violent demonstrators — not peaceful protesters.

An attorney for Williams told CNN his client and his fellow SWAT team members were called into action “once the protests had turned into violent riots.”

“His options were simple: do nothing, allow downtown to burn and his fellow officers to get injured or use the tools that he was provided and called on to use by his command staff to suppress the ongoing riots,” Robert Rogers wrote in an email. “He obviously chose the latter and now faces absurd criminal charges for lawfully targeting individuals that were clearly agitators.”

An attorney for Mabry — who is still employed with the department but on administrative leave, per the attorney — said the officers involved in these incidents were “responding to confrontations that were instigated by agitators, not peaceful protestors.”

“These weren’t peaceful protests,” attorney Toby Shook said. “They had broken down into groups of individuals who were looking for confrontations with police and destroying property. The police were trying to disperse them if possible and use less-than-lethal means. All officers involved were acting within their legal duty in response to that.”

Both Williams and Mabry were expected to turn themselves in, according to a Facebook post by the DPD.