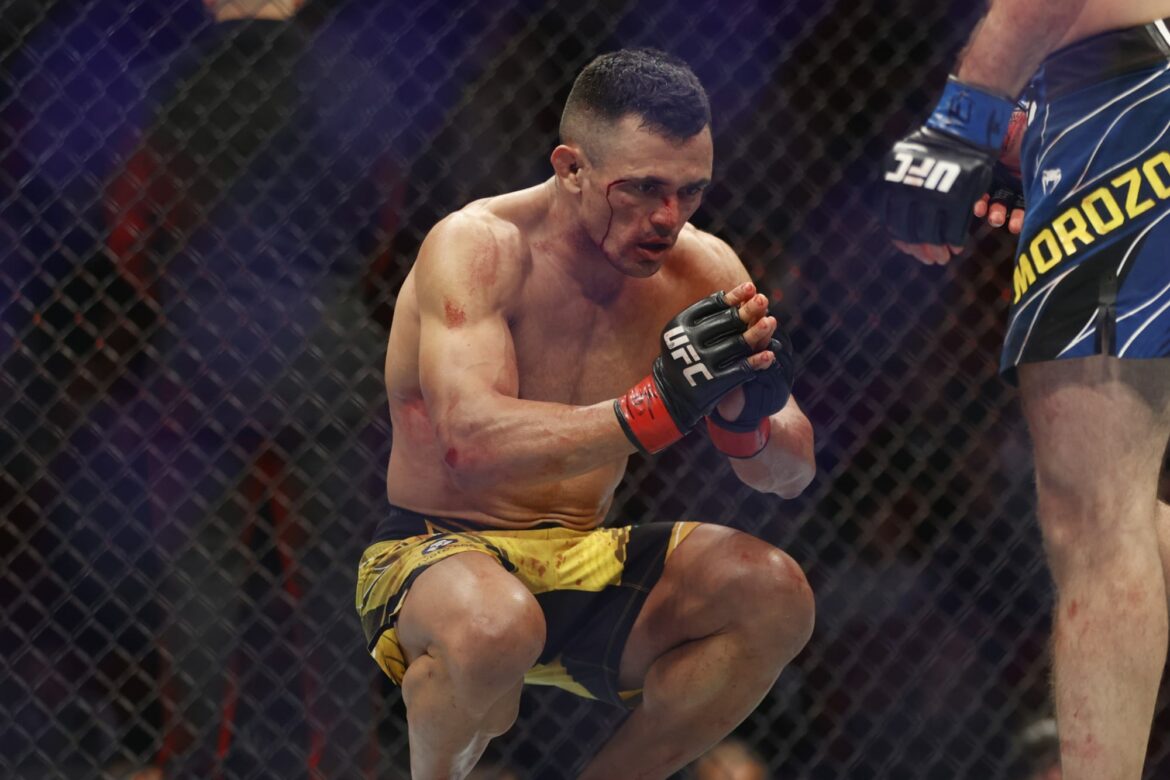 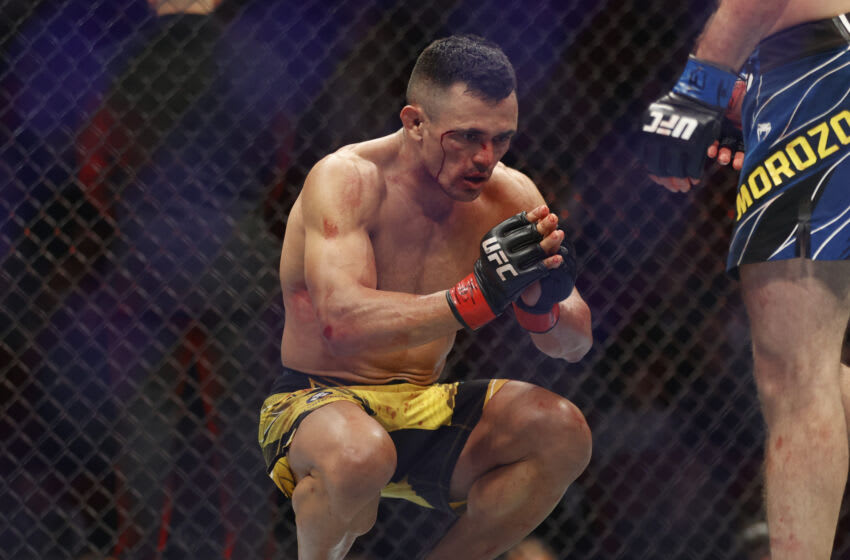 UFC bantamweight Douglas Silva de Andrade hopes to not only earn a post-fight bonus check after UFC 271 but wants to use it to help his mom.

It wasn’t looking good in the early minutes for Silva de Andrade against his UFC 271 adversary Sergey Morozov. He was outclassed on the feet and suffered a nasty cut above his right eye that doctors struggled to patch up.

But, Silva de Andrade never wavered in his approach and earned an incredible submission win in Round 2. After turning the tide on the feet, he was able to get the fight to the ground and sink in a nasty rear-naked choke.

Following the comeback, Silva de Andrade called for multiple post-fight bonuses from UFC president Dana White. During his UFC 271 post-fight press conference, he alluded to his plans to help his mom using the bonus money he earns.

“If I got both bonuses, I want to give the best life for my mom,” Silva de Andrade said. “She needed a new wheelchair and I want to get off a rental a buy myself a house. I just got a baby, so I want both bonuses to give a better life for my parents and my kids.”

Silva de Andrade arguably earned the most memorable win of his career at UFC 271, and he’ll hope to reap the benefits of it by giving his family a better life.