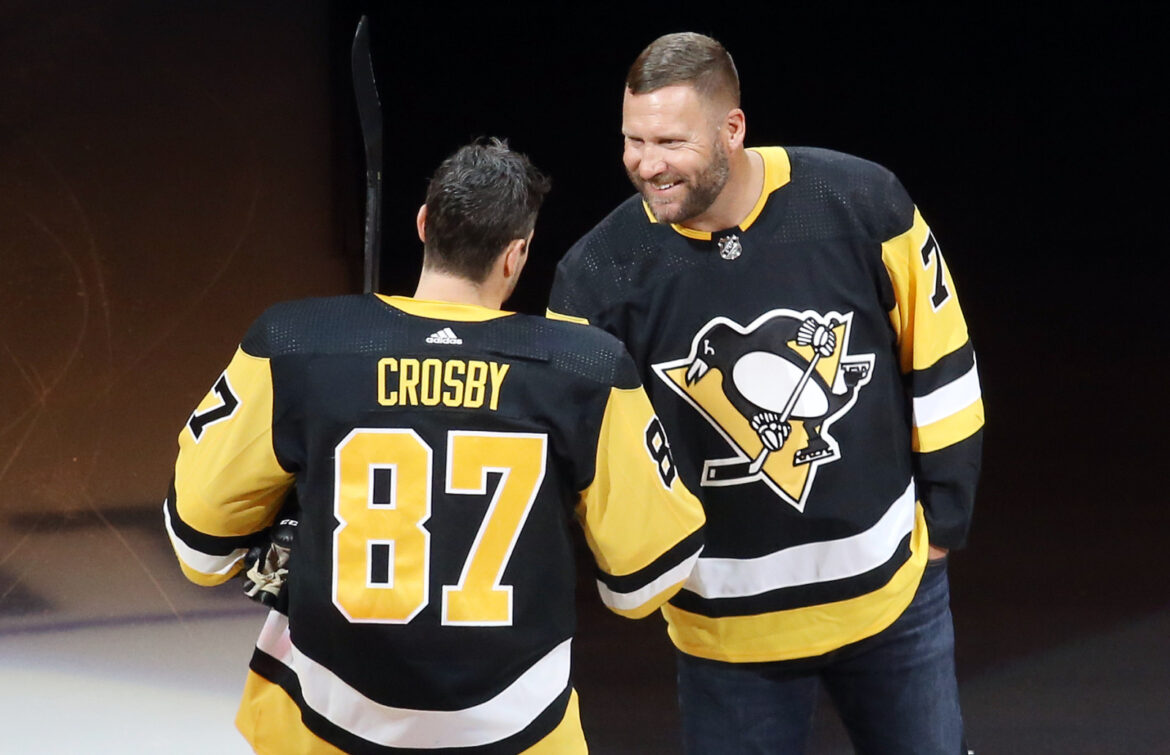 Following the Pittsburgh Steelers getting eliminated in the Wild Card Round of the playoffs, quarterback Ben Roethlisberger announced his retirement from the NFL.

The Penguins, Pittsburgh’s NHL team, honored Roethlsiberger during their game against the New York Rangers on Tuesday night. All of the players skated on the ice for warmups wearing Roethlisberger’s name and his No. 7 on the back of their sweaters. The honors continued, as the now-retired quarterback dropped the ceremonial puck before the game.

Roethlisberger even dropped back for an attempted pass for the puck drop.

Through his near two-decade run in the Steel City, Roethlsiberger threw for 64,088 yards, 418 touchdowns and 211 interceptions. The quarterback led the Steelers to the Super Bowl three times during his tenure, and brought back two Lombardi Trophies.

The Steelers entered their first offseason without Roethlisberger on their quarterback depth chart. Even though the team did have Mason Rudolph under contract, they did sign Mitchell Trubisky, former second-overall pick in 2017 by the Chicago Bears.

But, with the team holds the 20th-overall pick, and may have to trade up to get either Malik Willis or Kenny Pickett if those are the prospects they like.

As the Steelers try to find his long-term replacement, the Penguins honored Roethlisberger at PPG Paints Arena.