Flashbacks shape a story by offering background — events in characters’ pasts underscore fragments of information pertaining to their current narrative arcs. Rick & Morty plays around with the concept somewhat freely in the sense that canonical events are intentionally misrepresented by a protagonist whose singular desire is to cloister himself from the mistakes of his youth.

Flashbacks may be tragic, comedic, or even sentimental, but each of them is an essential element of the story.

Rick Sanchez takes a dive into Phoenixperson’s cerebral circuits, hoping to convince his best friend to escape from his digital prison. The plan succeeds, but Rick loses Birdperson because the latter realizes that their friendship is severely restrictive.

Unbeknownst to both of them, Tommy survived for decades by mating with Froopy creatures and consuming his own spawn. The entire sequence is ghoulish, prompting Rick to call it an “overwritten, badly structured, cheaply produced flashback.” “Morty’s Mind Blowers” reveals that Rick has been collecting his grandson’s negative memories and storing them somewhere under the house. Morty is upset upon discovering some of his past transgressions, such as accidentally getting his high school guidance counselor fired and finding out that squirrels control every national government.

The Hilarious Series Of Heist-Related Flashbacks Rick can’t stand heists for many reasons, but mainly because he sees no thrill in the act of thievery. In his opinion, the point of stealing an object is the object, not the attention. “One Crew Over the Crewcoo’s Morty” contains a layered series of past and present timelines that involve increasingly complex heisting steps, consequently resulting in Heistotron’s willing self-destruction. This episode, like most heist-themed plots, relies heavily on flashbacks. Rick protects himself with incredible diligence — he sets up multiple security systems around the Smith property, designs Decoys to avoid detection, and basically treats his brain like a military vault. While his motivations are presently unclear, recent episodes have suggested that his reticence has more to do with personal  guilt than any trade secrets.

This particular flashback is canonically inaccurate, but also extremely close to the real truth.

Rick Discloses The Painful Consequences Of His Family’s Death Fans have been waiting for some solid data regarding Rick’s origin story from the first season.

Morty observes a mysterious Rick, known as Killer Rick or Weird Rick, assassinate Diane and Beth Sanchez. He finally finds a Beth with an absent Rick and decides to stay with her.

The Battle Of Blood Ridge Revelation Birdperson refuses Rick’s partnership proposal, highlighting the value of self-respect and integrity over meaningless cosmic adventures. “Rickternal Friendshine of the Spotless Mort” has more character development in a single episode than the entire season. 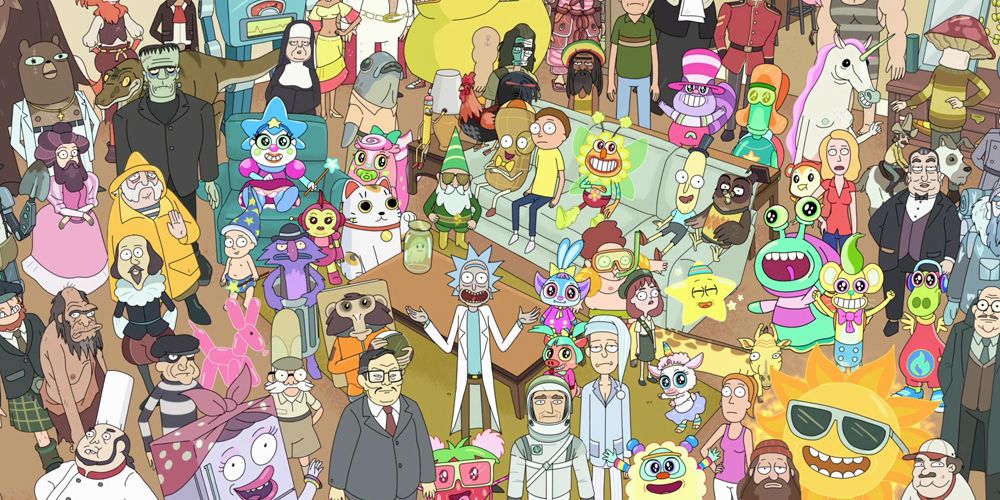