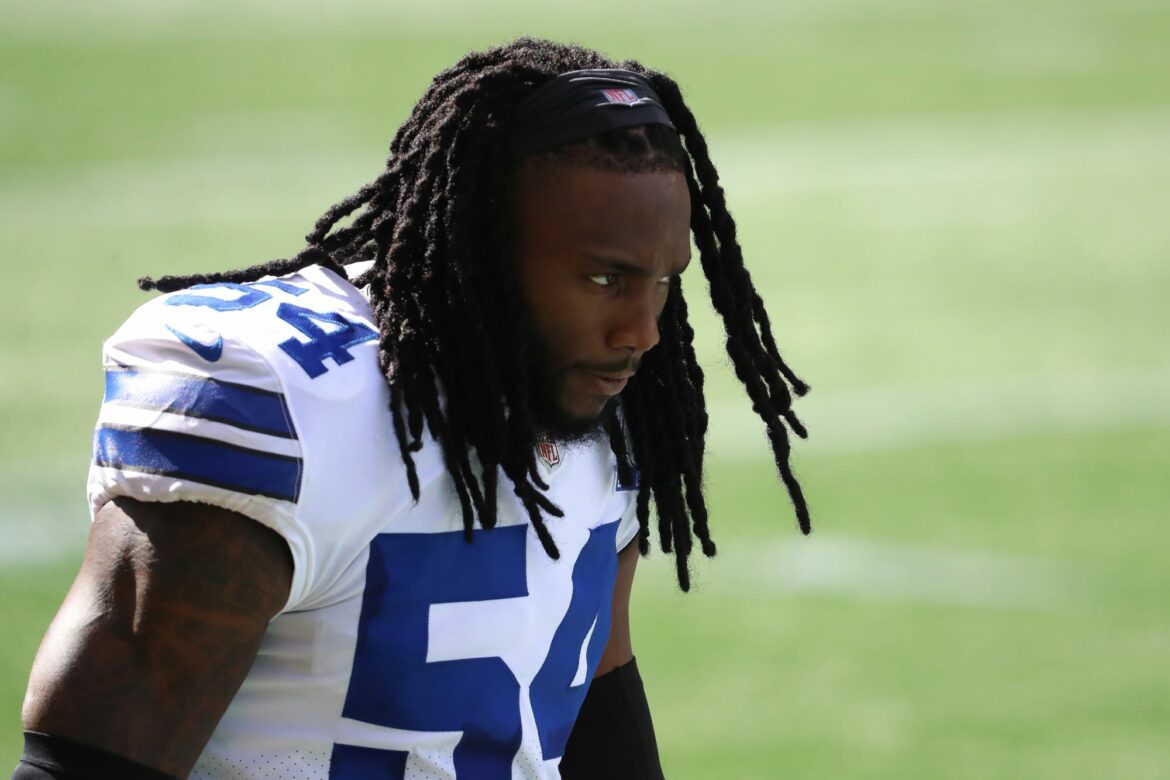 Week 15 is officially drunk. So much so, in fact, that a move like former Cowboys Pro Bowl linebacker Jaylon Smith signing with the Giants could slide under the radar.

Smith made the Pro Bowl in 2019 with Dallas, but has fallen off ever since. The horrific ACL and MCL tears that allowed him to fall to the Cowboys in the first place definitely played a role in his eventual downfall.

Jerry Jones even admitted how tough it was to release a player with such an outstanding storyline.

“Well, it was,” Jones told the K&C Masterpiece show, “and principally, because he’s such a warrior. He really was what you think about when you think of somebody overcoming adversity. And for this game, he had a great hurdle to overcome: his injury. And that drop foot- it’s called drop foot, that he had, and it still plagues him to this day- was mind over matter in my mind.”

After a short stint with the Packers, Smith was allowed to walk again, signing on with the Cowboys former rival, the New York Giants.

Giants: How does Jaylon Smith fit in New York?

The fact the Giants are about to play the Cowboys this week makes the timing of signing Smith awfully sketchy. But, let’s assume New York sees something in the 26-year-old.

The Giants are taking a flier on Smith, a player they hope can add to their linebacker depth. Heck, if any team needs building blocks, it’s the Giants, who could enter yet another rebuild after this season if they opt to get rid of either Joe Judge or Dave Gettleman.

Smith isn’t about to run down the Cowboys entire offensive playbook or anything, but any advantage he can give the Giants — even on the field of play — makes him worth signing, especially prior to a matchup with Dallas.