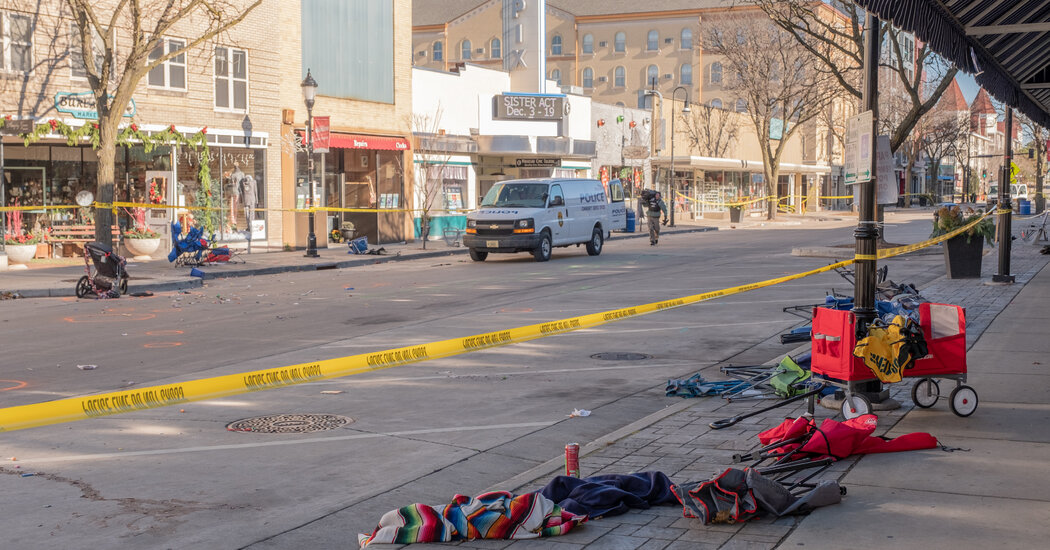 In many of his brushes with the law, Mr. Brooks was accused of resisting arrest or attempting to obstruct officers, according to the court records. That pattern held true earlier this month: When the police tried to arrest him, he sprinted into his residence and “closed four doors on officers” before they restrained him, according to a criminal complaint.

Marsha Winters, who said she was a friend and occasional lover to Mr. Brooks, said he had stayed with her briefly over the summer after being released from jail. His time lodging in the family’s basement lasted only a day or two in August, she said.

“I’m just in shock,” Ms. Winters said. “I thought I knew him. I guess you don’t know what people are capable of until they do something like this.”

In Waukesha, residents gathered Monday evening for a vigil at a downtown park as others came to pick up items they left while fleeing the destruction. Chris Gresky, 36, came to claim a wagon, filled with candy and other bagged snacks, that he left behind while running away with his wife and children, past bodies strewn on the ground.

“We saw the car, and knew it wasn’t quite right,” Mr. Gresky said. “We watched it get up on the curb and then kind of go on two wheels.”