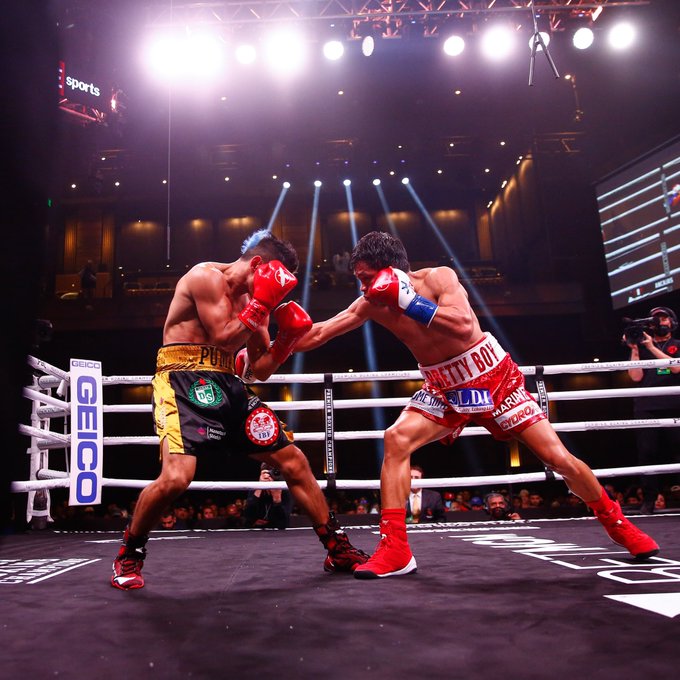 Boxing returned to the Showtime airwaves Saturday night as the cable network aired a card live from the Cosmopolitan in Las Vegas featuring Chris “PrimeTime” Colbert versus Hector Garcia. First, however, the IBF super flyweight champion Jerwin Ancajas, 33-1-2,  took on the undefeated, 13-0, Fernando Martinez in a scheduled 12 rounder. 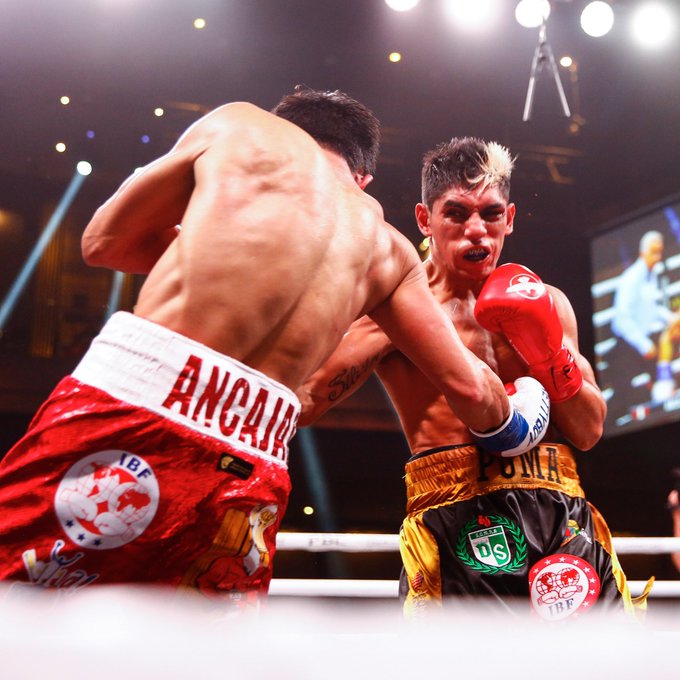 The challenger Martinez employed an effective jab and left hook in the first. Martinez continued to try to assert himself in the second. The third round saw the champion trading blows with Martinez in a firefight. Ancajas landed hard and clean in the fourth, effectively taking the tempo of the bout away from Martinez. By the fifth, Martinez had upped his ferocity, swinging and landing furiously on his man. Still Ancajas returned fire well later in the round.

The sixth was an all out war, with the combatants trading leather at a ferocious pace. Martinez’ glove touched the canvas at one point, though the referee ruled it a slip. Martinez chopped away at the body in the seventh. By the ninth it seemed that Martinez’ shots might (“might” being the operative word here) be starting to take their toll on the defending champion.

Things were ugly in the tenth, as it began to be worth wondering how many clean head shots Ancajas could take. Yet the man kept fighting away in defense of his title. It was some kind of fight. The fighters blazed away at each other in the eleventh. The twelfth and final round was nothing short of an extraordinary, extremely fast paced fist fight, leaving little doubt that the entire contest would stay in the collective memory of fans. Ultimately, Martinez walked away with the decision win, as well as the IBF belt.

Whatever each man was paid for the bout simply wasn’t enough.