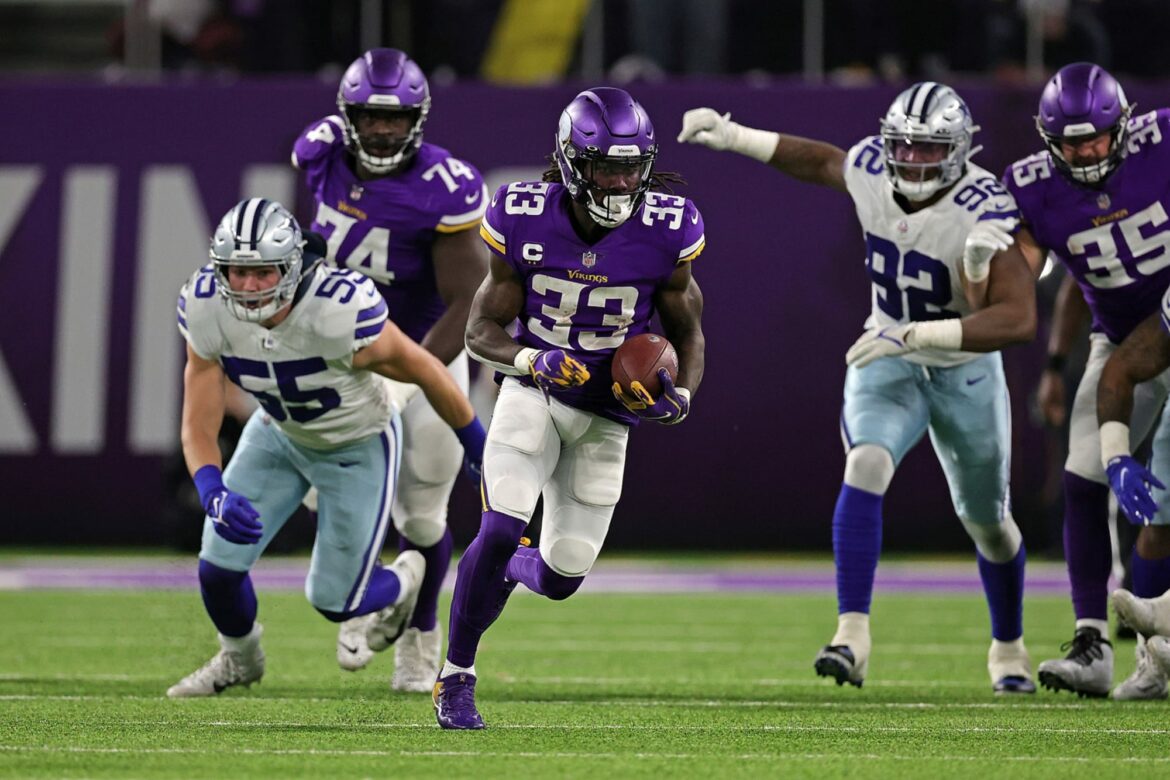 Browns-Bengals and Vikings-Ravens are among the top NFL matchups in Week 9, but what action will be available in your area?

The official end of the first half of the NFL season comes this weekend with the Week 9 slate set to land. The week’s marquee matchup took a massive blow when Aaron Rodgers was ruled out for the mammoth Packers-Chiefs clash after a positive COVID test, but there are still plenty of intriguing matchups on tap, including a few key tests for AFC contenders.

What action will be available in your area and who will call each game? Check out this week’s NFL TV coverage maps, courtesy of 506 Sports, to find out.

This week’s Thursday night matchup will feature the encore of the Mike White experience as the Jets aim to pick up their second straight win against the Colts. Joe Buck and Troy Aikman are on the call for the first of two games in Week 9. 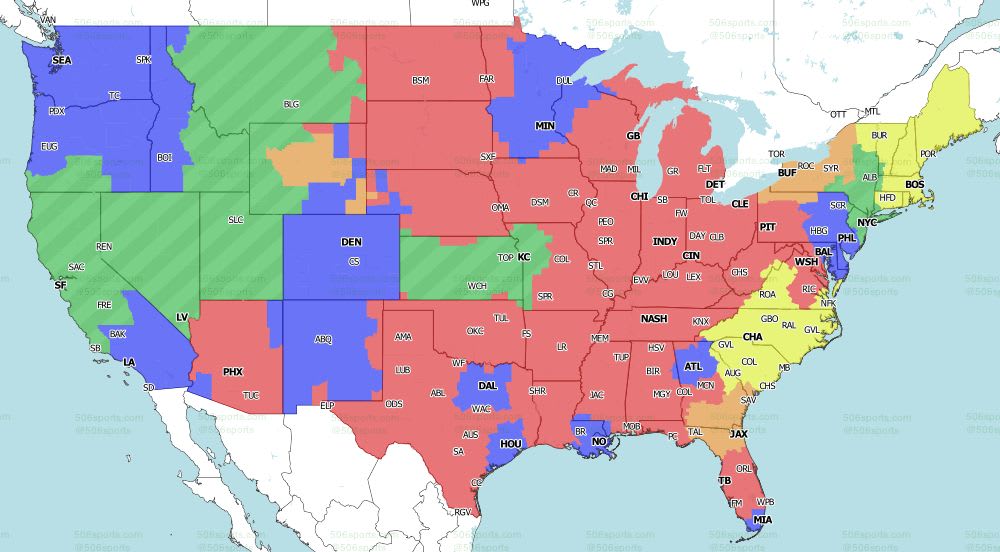 The Battle of Ohio is CBS’ top game this week and will go to the majority of the country in the 1:00 window. Fans in line for a 4:05 game get a decent matchup as the struggling Chargers fly East to take on the Eagles in a must-win game for Philadelphia. 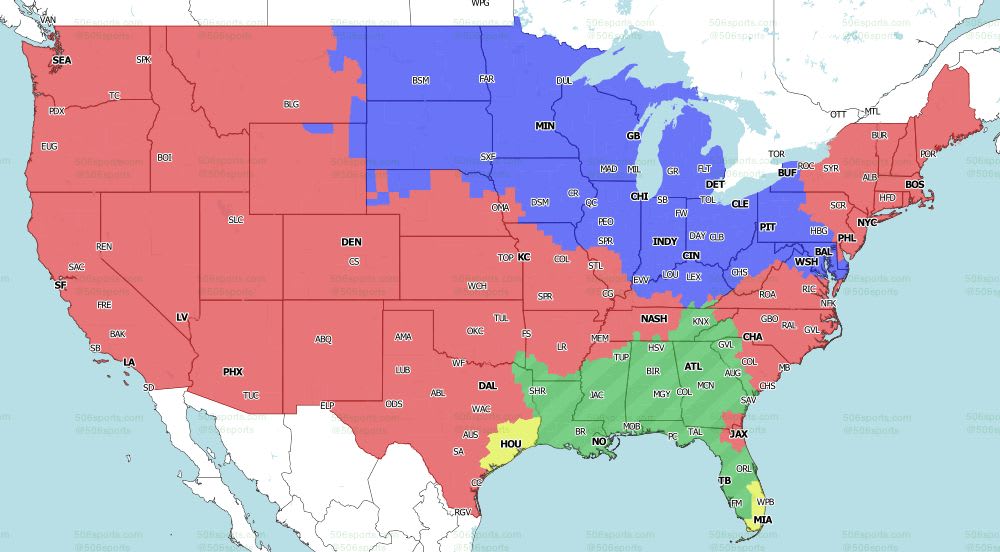 FOX has a strong early window for its doubleheader that will see Broncos-Cowboys go to most of the country. Vikings-Ravens and Falcons-Saints will get decent share while the number of poor souls forced to watch Texans-Dolphins will be extremely limited. 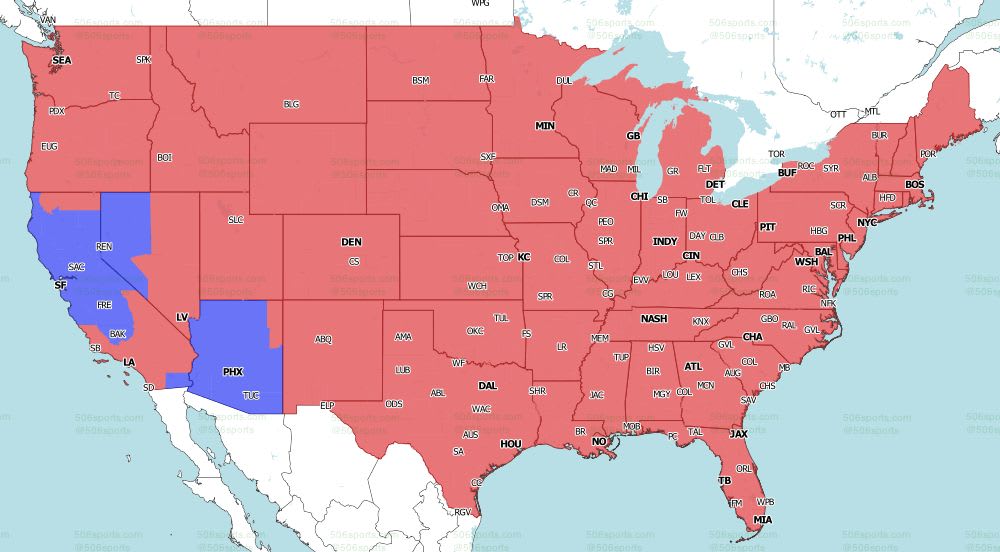 FOX bet big on Packers-Chiefs as America’s Game of the Week and could lose big without Rodgers in action to a game that is going to the vast majority of the country. The good news for them is that they have a decent undercard in Cardinals-49ers that they can switch to in the event Jordan Love isn’t able to keep up with Patrick Mahomes.

This week’s Sunday night matchup is excellent but does take a hit as Derrick Henry is out indefinitely with a foot injury. The Titans have played very well this season but get a major test against a Rams’ defense that should be breaking out Von Miller in his Los Angeles debut.

Monday night’s matchup features an important game for the wild card picture in both conferences that may not be too compelling since both Chicago and Pittsburgh struggle to score points. Unfortunately for us, the Manningcast is off this week so we won’t get to see Peyton’s flummoxed reactions to the inevitable mistakes from both teams.