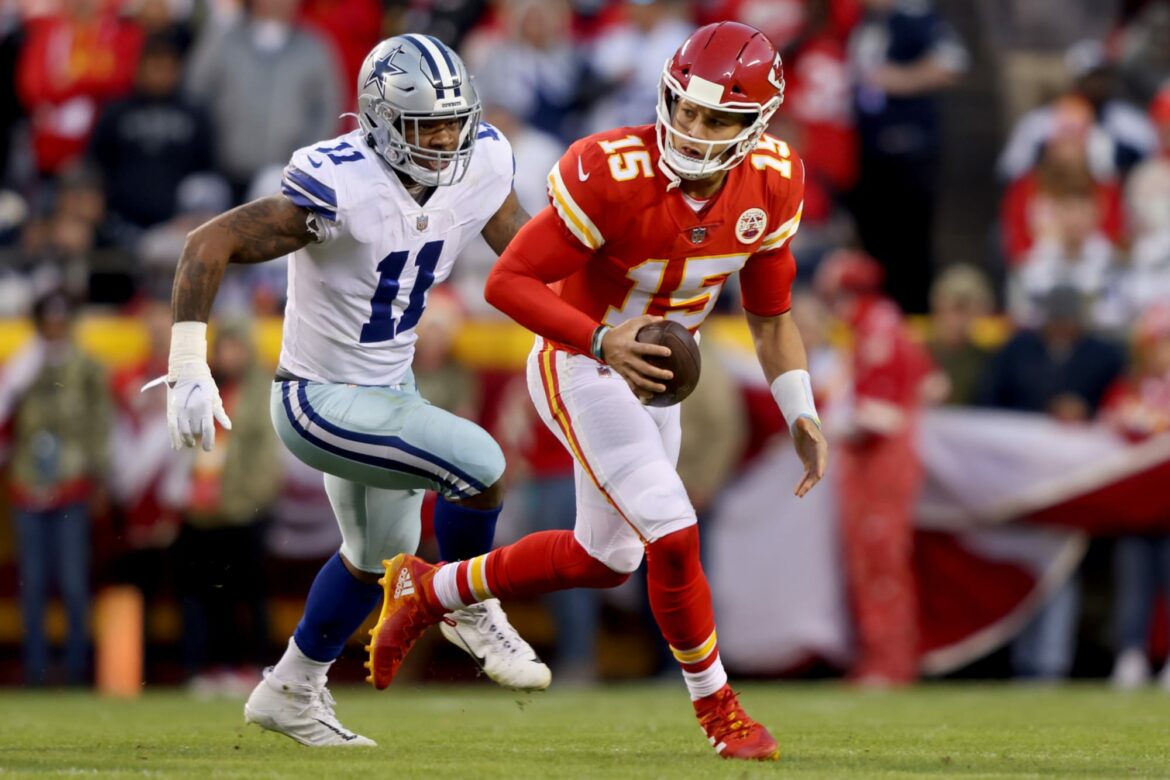 Patrick Mahomes and the Chiefs got the big win over the Cowboys but the all-world quarterback couldn’t help but notice the play of Micah Parsons.

In one of the marquee games of Week 11, Patrick Mahomes and the Kansas City Chiefs took another step towards proving they are, in fact, back as they toppled the Dallas Cowboys, 19-9. However, it was not necessarily the type of game fans have become accustomed to in many ways.

Instead of Mahomes and the Chiefs offense mowing down Dallas, it was the defense that delivered their best performance of the year. But to the credit of the Cowboys, their defensive unit also came up strong in that matchup. One player, in particular, showed up huge for Dallas: rookie linebacker Micah Parsons.

After the dust had settled on the game, Mahomes took time to recognize just how good Parsons played and has been playing in his first NFL season, calling the linebacker a “special player”.

Truthfully, it’d be hard to believe that Mahomes didn’t take notice of Parsons with the way Sunday’s game played out.

Even though the Cowboys offense couldn’t get going, Parsons was a menace for Mahomes and the Chiefs offense to deal with as the rookie out of Penn State recorded two sacks, two tackles for loss and a forced fumble in the eventual loss.

What’s more impressive is that, due to injuries, Parsons lined up primarily as a defensive end for Dallas, which is not the stand-up linebacker position he was drafted to play. So even not in that position, he was still dominating the game when he was on the field.

Mahomes’ assessment is spot on as Parsons is proving to be special, a player who is not only the heavy frontrunner to win Defensive Rookie of the Year but may also be on his way to earning some Defensive Player of the Year votes as well.