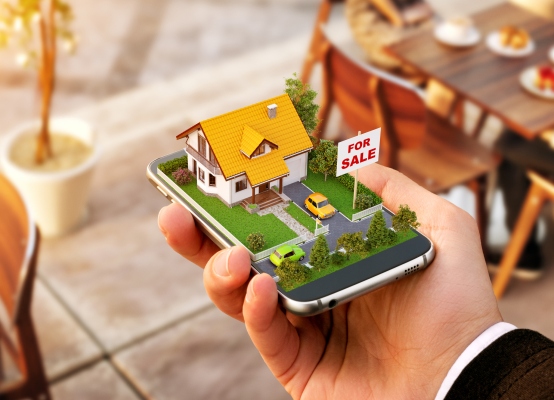 Over $500 million worth of real estate was sold on the top four metaverse platforms in 2021, data shows. Traditional real estate companies are amongst the many investors flocking to stake their claim on plots of land in virtual worlds like Decentraland and Sandbox. Although important questions remain about which platforms and use cases will win the day in the metaverse craze, one thing is clear — capital is flowing fast into the metaverse, and “unreal estate,” so to speak, is no exception.

Alternative asset crowdfunding platform Republic has been an active investor in metaverse real estate properties through its Republic Realm division, headed since June 2020 by Janine Yorio. Now, Yorio is spinning Republic Realm off into its own private company called Everyrealm, though Republic will remain a minority investor, Yorio told TechCrunch in an interview.

Everyrealm hopes to become “the gateway to the entire metaverse ecosystem,” according to the company. It is invested in 25 different metaverses and owns 3,000+ NFTs today, Yorio said.

‘We started out investing [in the metaverse], but we’ve since expanded our mandate to do a lot more than that. We see ourselves as developers of Metaverse content, so we don’t just passively invest and sit back and wait for other people to build things,” Yorio said. The company has built on top of many of its virtual properties — for example, it launched a retail store concept in Decentraland two weeks ago, which it plans to expand into other metaverse platforms, Yorio said. 10,000 virtual items in the store sold out in the span of an hour, she added.

Everyrealm also operates a virtual educational campus called Realm Academy in the Somnium Space metaverse, where users can learn more about web3 concepts through online courses. Its inaugural class has 500 students who have paid $1,000 each to attend, Yorio said.

Yorio said examples like these prove users are willing to pay for experiences in the metaverse. She also looks at how assets sold by Everyrealm fare on secondary market platforms like OpenSea as an indicator of traction.

Developing content in the metaverse can be a lengthy process, Yorio said, noting that metaverse experiences are “even more complicated than video games in most cases” to build because of their interactive and infinite nature.

“While we’re waiting for these platforms to launch and mature, we want to build the online communities and to educate people about what the metaverse is, and also how they can get jobs in the metaverse, so that they can actually be builders, because the whole point of web3 is for the content creators to be content consumers,” Yorio said.

Everyrealm has raised $60 million to fund its growth as a standalone entity in what the company says is one of the largest Series A raises for a company led by a female CEO. Andreesen Horowitz’s Arianna Simpson led the round as a new investor alongside a mix of new and old backers, including venture firms Coinbase Ventures, Lightspeed, and Dapper Labs, as well as celebrity angel investors Paris Hilton, Lil Baby, and Nas, among others.