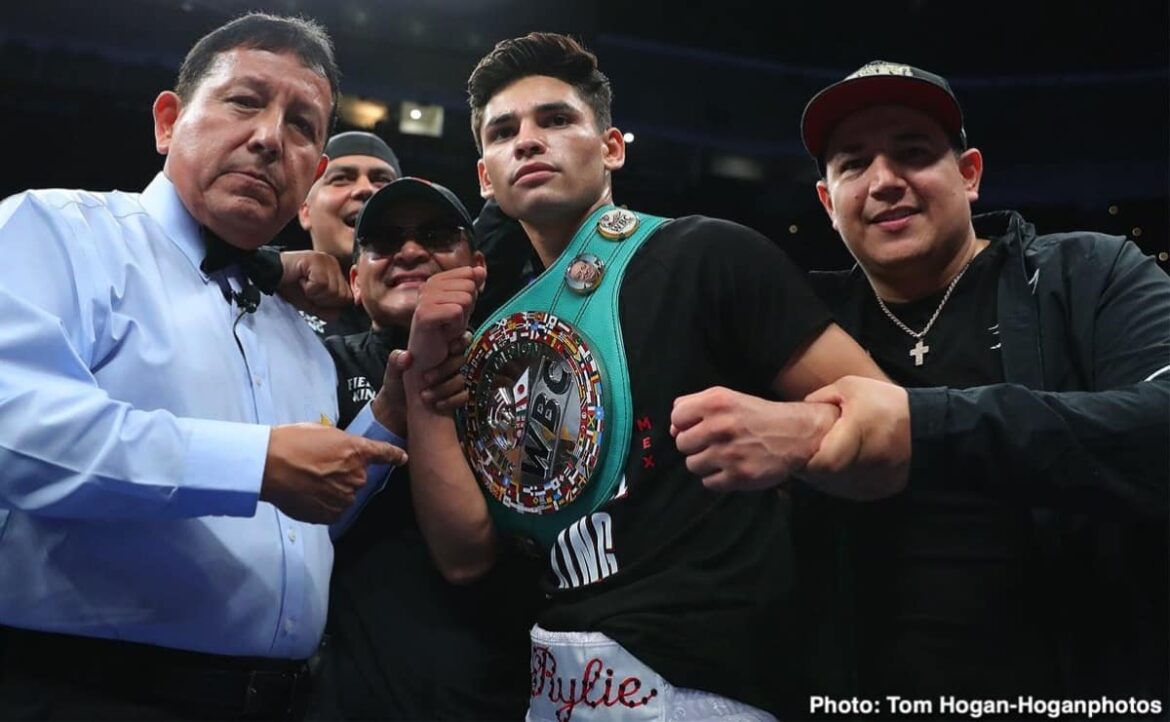 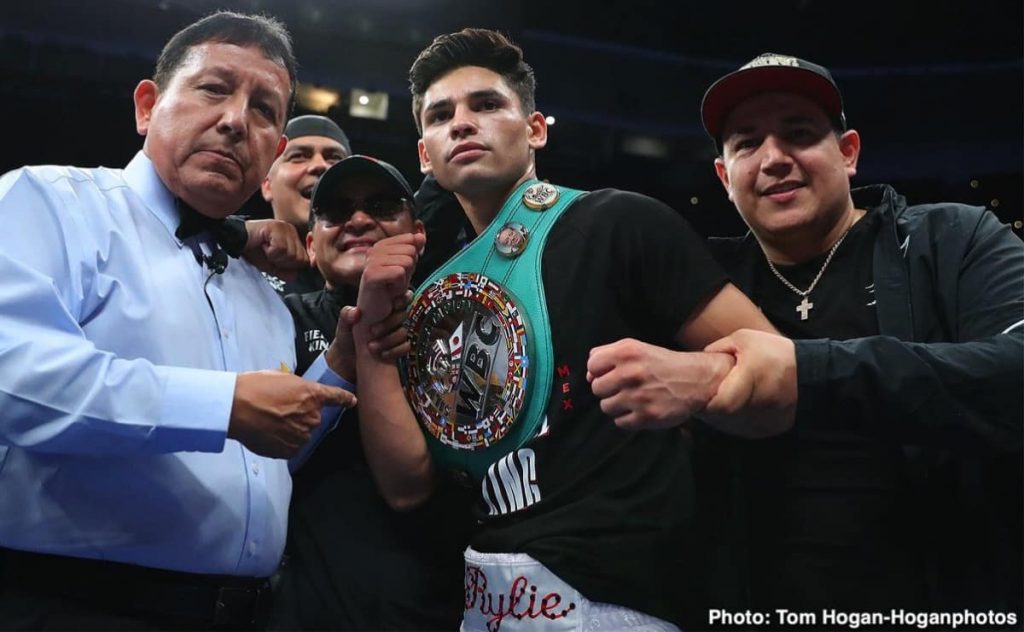 The career of Ryan Garcia appeared to be plateauing in 2018. In September of said year, the highly touted California native eked out a close majority decision win over journeymen Carlos Morales. In an effort to take his game to the next level, Garcia sought the help of highly ranked trainer, Eddy Reynoso.

As a tandem, the pair reeled off five consecutive knockout victories, including a seventh-round stoppage over former lightweight title contender, Luke Campbell. During their showdown, Garcia was forced to pick himself up off the deck before scoring the knockout win.

Along the way, current pound-for-pound star Canelo Alvarez, Reynoso’s star pupil, cheered Garcia on. But, regardless of what appeared to be a partnership made in Heaven, Garcia has decided to end things abruptly.

“I’m excited to announce that I will now be working with Hall of Fame trainer Joe Goossen, in addition to my father, Henry Garcia,” said Garcia in a written statement. “Joe’s legendary career spans several decades working with championship fighters. I worked with Joe when I was growing up and the two of us have maintained a great relationship over the years. I can’t wait to pick back up where we left off and to continue this journey together.

“I would like to thank Eddy Reynoso for everything. Eddy has been in my corner since 2018 and I’ve learned a lot from him, both inside and out of the ring. We built an incredible friendship that I’ll always cherish. On behalf of my whole team, I wish Eddy continued success in his amazing career.”

Garcia’s decision to ultimately leave Reynoso in the dust comes with just two months remaining until he makes his ring return against Emmanuel Tagoe. The two are officially slated to tango on April 9th, at the Alamodome in San Antonio Texas. If it were solely up to Garcia, his reinstatement back into the boxing world would have taken place much earlier.

Following his win over Campbell in January of 2021, the flamboyant Garcia was scheduled to take on former multiple division titlist, Javier Fortuna. Nevertheless, Garcia opted against facing Fortuna, citing that he would rather prioritize his mental health instead.

As Garcia fought to get him back on track mentally, he felt fit and ready to return during the second half of the year. For his first opponent, Garcia was expected to face Joseph Diaz. But, during his preparation for their bout, Garcia suffered a serious injury to his right wrist which would force him to have subsequent surgery.

Considering his mental health, surgery, and now trainer change, many in the boxing world have questioned whether or not Garcia’s head remains in the game. However, with the ambiguous feel surrounding his career, Garcia reveals that his objective in the sport of boxing hasn’t changed.

“I’ll now be working out of my own gym, Fierce King, in San Diego – and my goal remains the same: to become a world champion.”