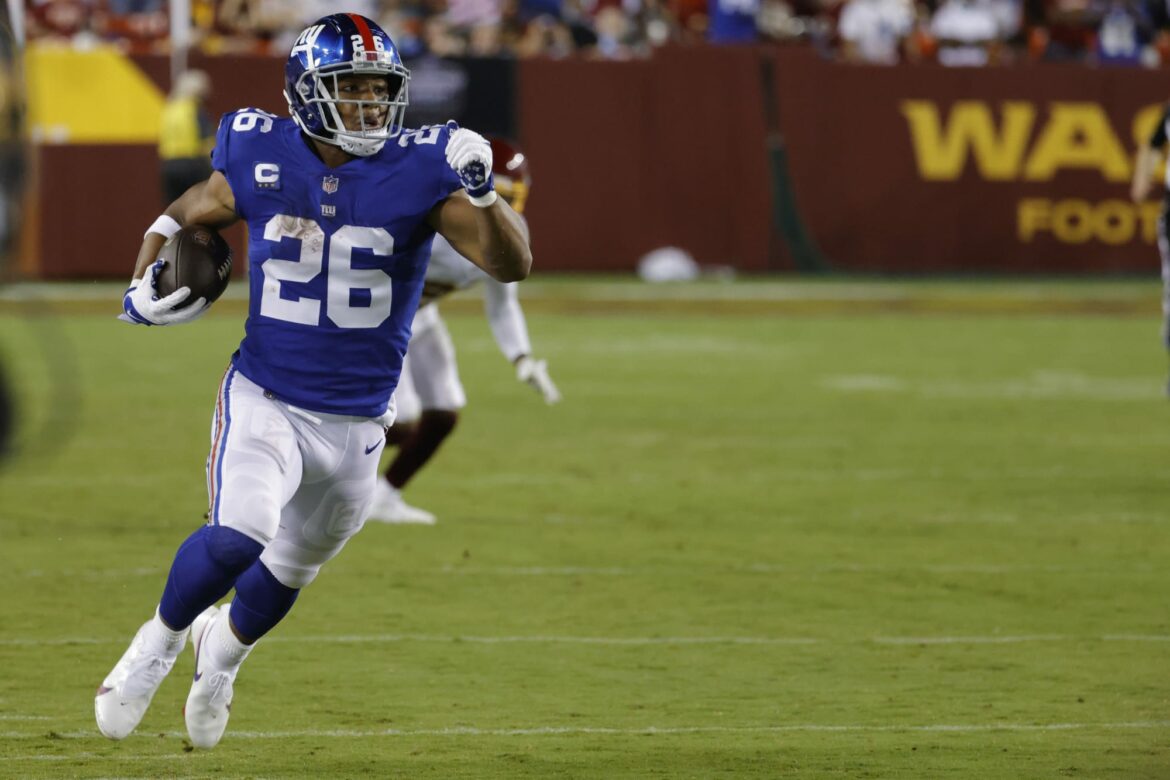 As the New York Giants are seeking their first win of the season in Week 3 against the Atlanta Falcons, star Saquon Barkley limped off of the field.

After dropping the first two games of the season, the New York Giants are in a must-win situation in Week 3 hosting the Atlanta Falcons. It’s a matchup of two winless teams at MetLife Stadium in a game that the Giants desperately need to win. Running back Saquon Barkley limped off of the field in the first half, but eventually returned to the game.

Barkley has had a 10-day break since New York last played on Thursday Night Football and no injury designation prior to today’s game, but he may not be close to 100 percent after all.

Saquon made his way back to the sideline after scaring the Giants in a game that’s already had its fair share of injures. But how far should New York push his limits?

Saquon Barkley on the sideline stretching. Bent over at the moment while I type this tweet. That play earlier where he went out of bounds awkwardly sits in my head.

Luckily for the Giants, he’s back on the field. Who knows, today could be the day that he scores his first touchdown of the year.

In Week 1 against the Denver Broncos, Barkley rushed for 26 yards on 10 attempts and in Week 2 against the Washington Football Team, he rushed for 57 yards on 13 attempts. His production is slowly increasing after suffering a season-ending knee injury last year.

One thing is for sure, the NFL is better with Saquon.