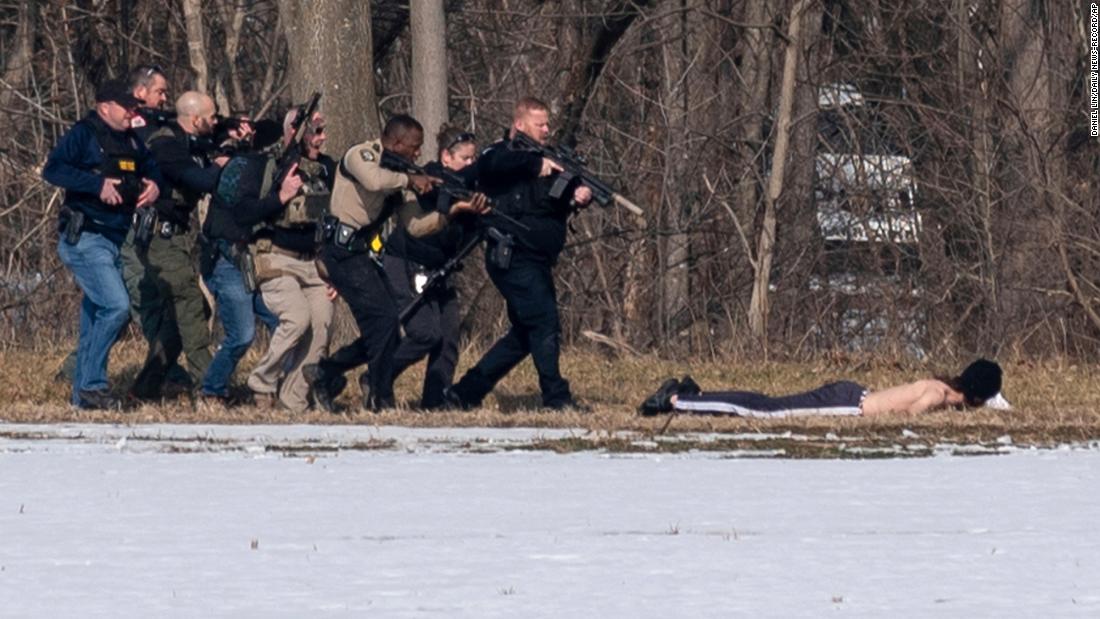 The alleged gunman, identified by police as 27-year-old Alexander Wyatt Campbell, fled the campus after shooting the officers and was apprehended shortly after, police said. He is in custody and has been charged with multiple felony counts of murder, they said.

The campus police officers encountered Campbell in response to an emergency call of a suspicious man on the grounds near Memorial Hall at about 1:20 p.m. Virginia State Police spokesperson Corinne Geller said at a Tuesday night news conference. College employees made the call after noticing the man in an area off limits.

When Jefferson and Painter arrived, they had a brief interaction with Campbell, who then shot them both and ran away.

Bridgewater College student Alex Hulleman said he was in class nearby with about 20 students when the shooting happened.

“We just all heard a bunch of shots and then we all hit the deck,” Hulleman told the Daily News-Record. “We heard some moaning, we heard some people talking, a couple people barricaded the door.”

Authorities from multiple surrounding agencies responded to the area and immediately began searching for the suspect, Geller said.

“A man fitting the shooter’s description was located on Riverside Drive off campus in the town of Bridgewater,” Geller said. “He then waded through the river and onto an island in the North River,” where he was taken into custody without further incident.

Campbell had a non-life-threatening gunshot wound and was treated at a hospital after the arrest, Geller said. Police are investigating whether his gunshot wound was self-inflicted or a result of gunfire exchanged with the campus officers.

“Multiple firearms” associated with Campbell were recovered on-campus and off-campus, she said.

Police would not comment Tuesday on whether Campbell had any ties to the college. His last known address is in Ashland, police said, which is just north of Richmond and around 100 miles southeast of the shooting.

Campbell has been charged with two felony counts of capital murder, one felony count of first-degree murder and one felony charge of use of a firearm in the commission of a felony, police said.

He is being held without bond at the Rockingham County Jail. CNN is working to determine whether Campbell has obtained an attorney.

Officers were well known by those on campus

David Bushman, president of Bridgewater College, called the shootings an “unspeakable tragedy” in a message on the school’s Facebook page.

“These officers were close friends, known to many of us as the ‘dynamic duo.’ John was JJ’s best man in his wedding this year. They were beloved by students, faculty, and staff. I hurt for their families and loved ones, as I know we all do,” Bushman said.

At the news conference Tuesday night, Bushman said, “They were very well known to students, they were always seen together, their relationship was very close as well.”

Bridgewater, which is located about 60 miles northwest of Charlottesville, has a student body of approximately 1,500 students.