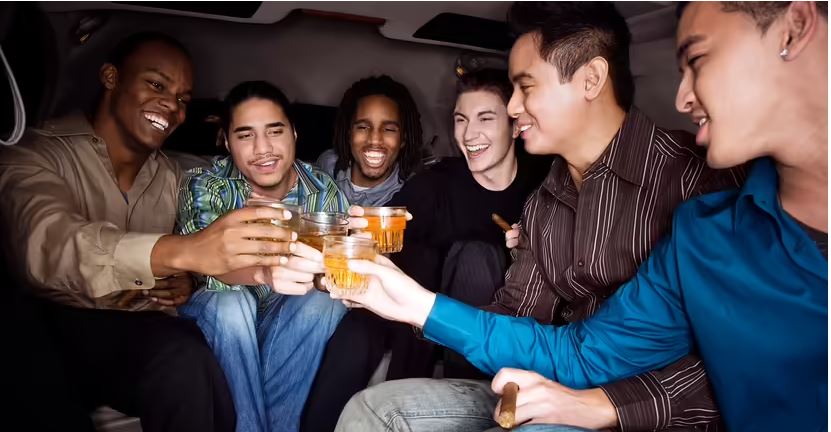 In just a few sentences, “The Hangover” painted a vivid picture of pre-wedding revelry gone horribly awry. For those who haven’t seen the original 2009 film, that’s Bradley Cooper’s character explaining to his friend’s bride-to-be that her would-be groom is, well … unaccounted for. His last known whereabouts? His own Las Vegas bachelor party that produced — among other things — a missing tooth, a tiger and a random baby. As far as stereotypical disaster scenarios go, this is a pretty solid one.

“The Hangover” proved to be a hit with audiences (it grossed more than $277 million at the box office and produced two sequels). And while the comedic timing of Zach Galifianakis probably had a lot to do with that, it’s also likely that moviegoers loved the absurdity of the nightmarish storyline. The script took one of the most commonplace cultural practices and depicted its worst possible outcome — and people loved it.

So how exactly did the bachelor party tradition become so ingrained in societies around the globe, and why does it hit hilariously close to home to watch three dudes on screen scramble to undo the damage their celebration caused?

Let’s start with the basics: What the hell is a bachelor party (or stag/buck party) anyway, and why do men reportedly spend an average of $1,532 on each one they attend? “A proper bachelor party is a rite of passage that’s less about machismo and more about bonding with close friends and family,” says Chris Easter, co-founder of The Man Registry, an online resource for grooms that features wedding tips, advice and gifts for men. “It’s part of the larger wedding celebration and honoring the next phase of life that the groom is about to embark on. Of course, you’ll still have these same friends after the wedding, but opportunities for these types of gatherings become less frequent the older we get.”

While many of us associate modern day bachelor parties with a fair amount of debauchery (one survey found that about 18 percent of male respondents felt flirting, lap dances and similar activities were fair game), the original version of the fête was (supposedly) intended to be celebratory dinner.

“Bachelor parties began in the 5th century when the Spartans began holding dinners and toasts to honor the groom,” Easter says. “What we think of as modern bachelor parties (complete with bar hopping, Vegas trips and other general tomfoolery) became more commonplace in the ’60s and ’70s.”

But things were getting out of hand long before the 20th century. According to an article in TIME, circus showman P.T. Barnum’s grandson Herbert Barnum Seeley threw a bachelor party in 1896 for his brother that “was raided by police after rumors circulated that a famous belly dancer would be performing nude.” And actor Jimmy Stewart’s 1949 bachelor party apparently included two little people (dressed only in diapers) popping out of a serving dish.

And while the bachelor party has served as a depraved last hurrah for male pals for many years, experts believe things are starting to mellow. “In the last decade, the trend is more subdued. Bachelor parties don’t focus as heavily on drinking,” Easter says. “This is due to couples marrying at older ages after their hard-partying days are behind them.”

While there’s no specific formula for a perfect bachelor party, Easter has a few must-have elements he believes ensure success: