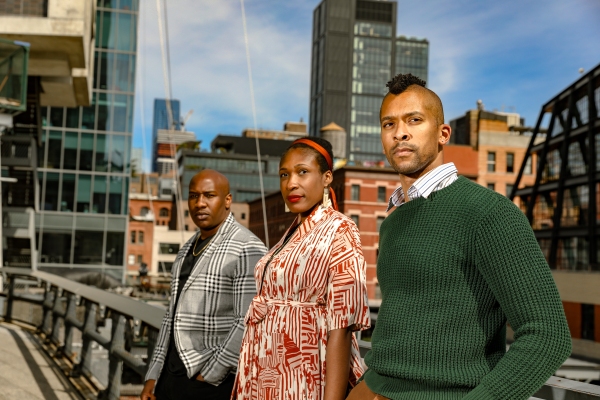 A year ago, inside of the corporate leviathan Alphabet, Black Googlers and other Black Alphabet employees were invited to some informal programming around angel investing during Black History Month. It was organized by employees so that anyone interested could learn a bit more about how startup deals are structured, the typical timeline for a possible exit, and much more.

The idea wasn’t to create a lot of structure around this ad-hoc angel-investing school. It was merely an opportunity for staffers curious to learn more to hear from some of their knowledgable colleagues, including Jessica Verrilli, a general partner with GV who was part of the speaker line-up.

“It was more like, ‘Hey, here are some ideas; you might even want to invest together,’” says Candice Morgan, herself a GV partner who is focused on equity, diversity and inclusion.

Within two weeks, five attendees came together to turn that idea into reality. Then more raised their hand, asking how to participate. Fast forward, and the organization, Black Angel Group, now features 35 Black leaders and operators inside of Alphabet, including from Google, GV, CapitalG, YouTube, and Gradient Ventures.

These are powerful individuals and an even more powerful group, and its members are just beginning to use their collective expertise — from product management to software management to user experience to people operations — to wedge their way into interesting deals. Over the last year, they’ve invested more than $500,000 in roughly 10 companies, including Bowery Farming, Polar Signals, Matter, and Career Karma.

In each case, members are brought deals by a smaller committee and then invited to decide on each for themselves. And while half so far have featured Black founders and in one case, Black founders who are also former Google employees, backing Black founders isn’t the objective and neither is seeking out companies founded by former colleagues. The focus is instead on “ethical” seed to Series A stage companies. suggests Jackson Georges Jr., who is a growth partner at CapitalG and a member of the collective.

“We’re Black angels, and Black angel networks are typically more diverse than most angel networks,” suggests Georges Jr. The primary focus, however is on “figuring out the best deals in order to create generational wealth” for its members.

Which explains why Black Angel Group is ready to raise its profile and to put even more muscle behind a greater number of deals.

Part of that growth will come in the form of dollars. Morgan expects the group to invest a “multiple” this year of what it has invested to date.

Part of that growth will also come from new members. As Jason Scott, who is the head of startup developer ecosystems for Google, explains it: “Participating in that angel program [last year] was the foundation for a lot of members. But we’re now launching a process so that other interested Black-identified Googlers and Alphabet members can apply to join.”

Not all have to be millionaires. To make the collective as inclusive — and as strong —  as possible, members plan to encourage people who perhaps aren’t accredited investors but are on the path to becoming on to be able to participate in the deal flow. Indeed, Georges Jr. suggests it’s a win-win for the group to actively educate employees or alums who are still rising through the ranks yet eager to learn more about sourcing and investing in deals, along with the mechanics of everything from special-purpose vehicles to portfolio support.

Certainly, the world of Black investors could use some broadening. Currently, less than 4% of venture partners and just 1% of angel investors are Black.

Black angel investors who understand how the sausage is made at one of the most powerful companies on the planet could prove downright irresistible.

Indeed, look for the group to show up in more deals going forward, given the collective experience of its members, given their willingness to write more checks and also, given the growing interest that founders are showing in bringing more diverse investors into their cap tables.

Morgan points as one example to the performance insight startup Polar Signals, saying its CEO and founder Frederic Branczyk was “very deliberate about his cap table, which is very diverse.”

She says a number of other founders have also “been pretty explicit,” calling it “awesome to see.”

As she notes, “An important part of our value proposition is working with founders who have values aligned with us.” A focus on diversity “gives us a lot of signal about those founders as well.”