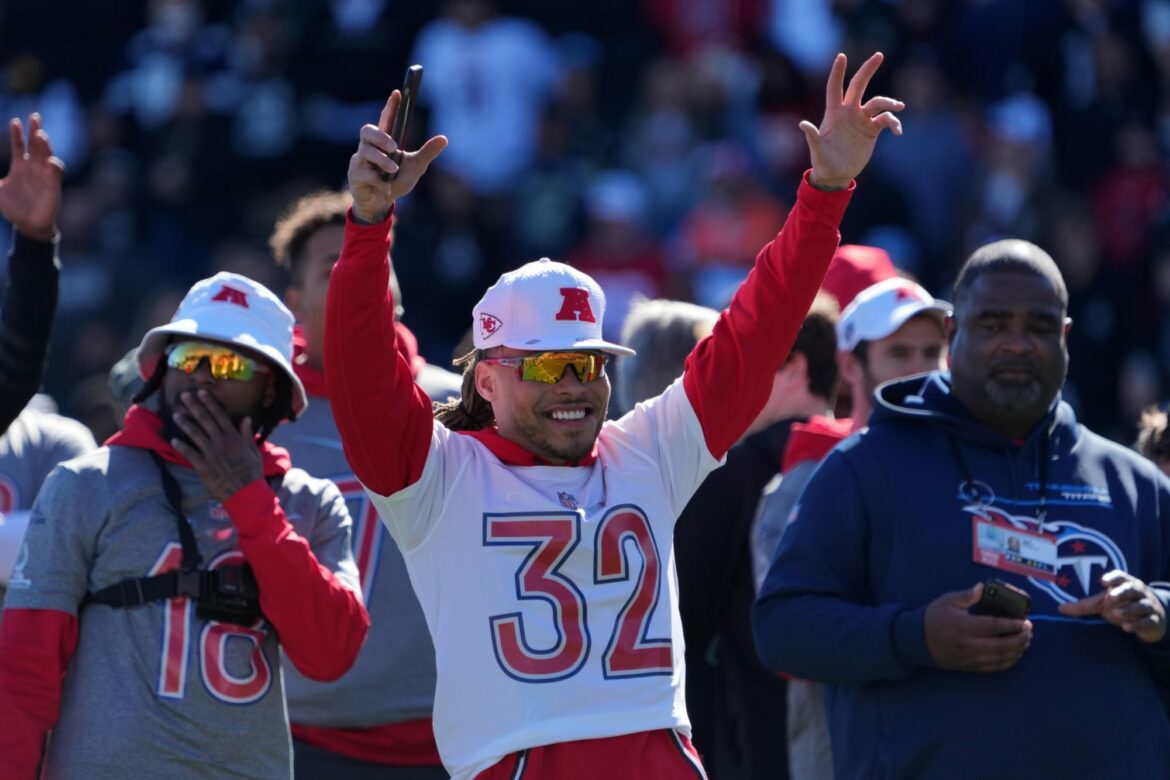 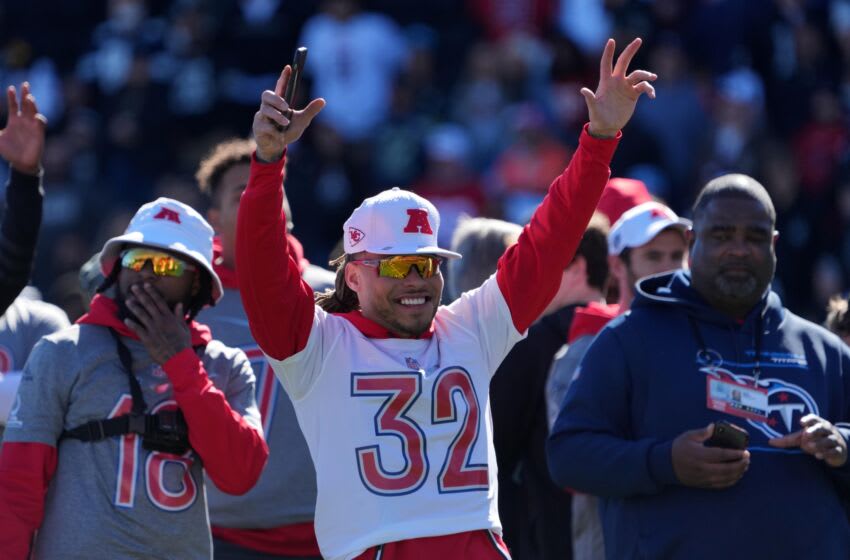 Tyrann Mathieu’s son is having more fun and putting in a ton of effort at the Pro Bowl. Some of the actual players present should probably take notes.

Nobody at the Pro Bowl had more fun or put in more effort than Tyrann Mathieu’s son and nephew.

While the Pro Bowl is a great way to recognize many of the athletes who arguably had the biggest impacts in the NFL this season, it’s also a great way for families and friends to get together and simply relax.

Tyrann Mathieu Jr., very clearly way too young to actually be in the NFL, snagged a pretty sweet touchdown catch thrown by Justin Herbert. And with that impressive touchdown, Mathieu Jr. had the perfect celebration ready to go.

What’s even better about all of this is that his cousin was also ready to catch touchdowns and also have fun. Mike Vrabel, the head coach of the Tennessee Titans, was right there ready to celebrate with the very young and clearly very talented receivers.

While many will overlook the Pro Bowl because of the lack of consequence to the game, it’s the perfect event to provide so many cool experiences for the family members of star players.

Kids in particular. With all of the obligations and responsibilities NFL players have, there’s a huge time commitment to being in the NFL. The Pro Bowl and all of the events surrounding it gives people some downtime. That’s not a bad thing. Stuff like this is great.