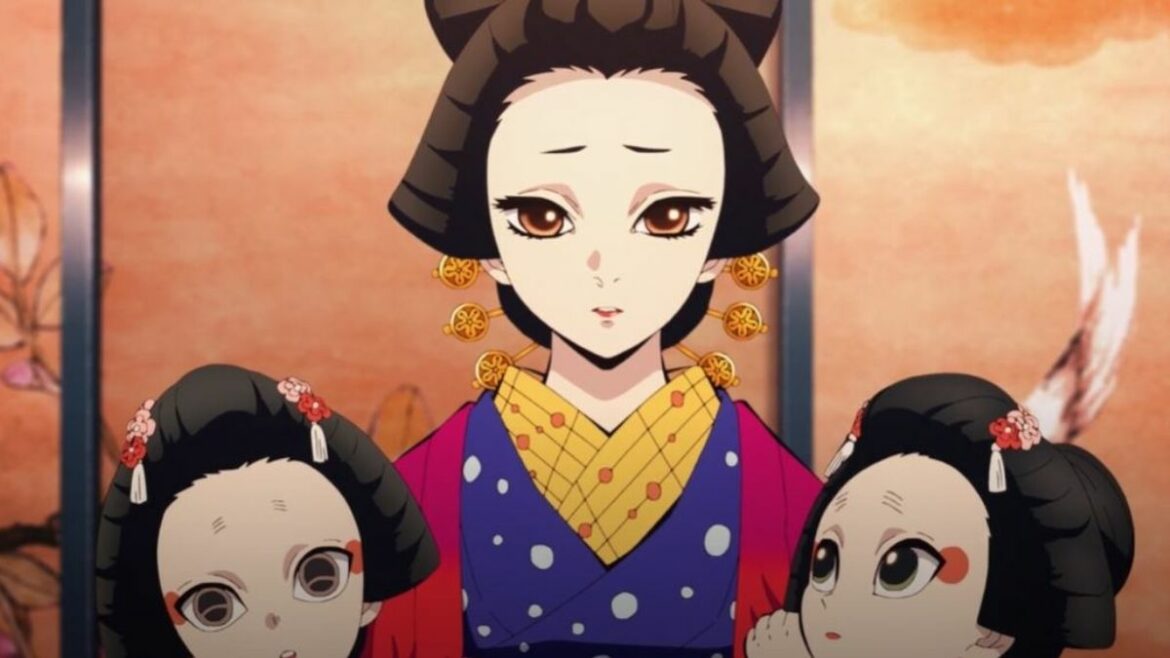 After watching the latest episode of Demon Slayer Season 2, anime fans want to know what exactly does “Ashinuke” means; well, here’s everything you need to know about it.

The episode kicks off with the trio getting mesmerized by the beauty of the Yoshiwara Entertainment District. However, Tengen quickly puts everyone at work and asks them to search for his missing wives, who were investigating the demons in the district.

Tengen narrows the search down to three houses, so he disguises Tanjiro, Insouke, and Zenitsu as girls and sends them undercover.

After Tanjiro gets accepted in one of the houses, Tengen, Insouke, and Zenitsu spot a Procession of the Takito House’s Koinatsu Oiran. Interestingly, that’s the same house where Tanjiro is working hard to gain everyone’s trust.

What is Ashinuke in Demon Slayer?

While performing one of his daily chores, Tanjiro overhears two girls talking about “Ashinuke.” “A lot of the older girls are leaving these days, committing “Ashinuke,” says one girl.

Tanjiro enters the room and asks why exactly does that word means. Well, Ashinuke in Japanese basically means “Breaking one’s ties.” However, as Tanjiro learns in the episode, Ashinuke in Demon Slayer is when a girl runs away with a customer without paying her debts. Mostly, these girls run away to escape their miserable life in the district, but some manage to do it for the man they love. Tanjiro also discovers that recently, one of Tengen’s wives, Suma, committed Ashinuke.

Apparently, no one ever thought of Suma doing something like this, but people found her diary where she wrote about running away with a man. Of course, Tanjiro knows that Suma didn’t run away from the house as she was undercover. So, the demon she was investigating may have captured her.