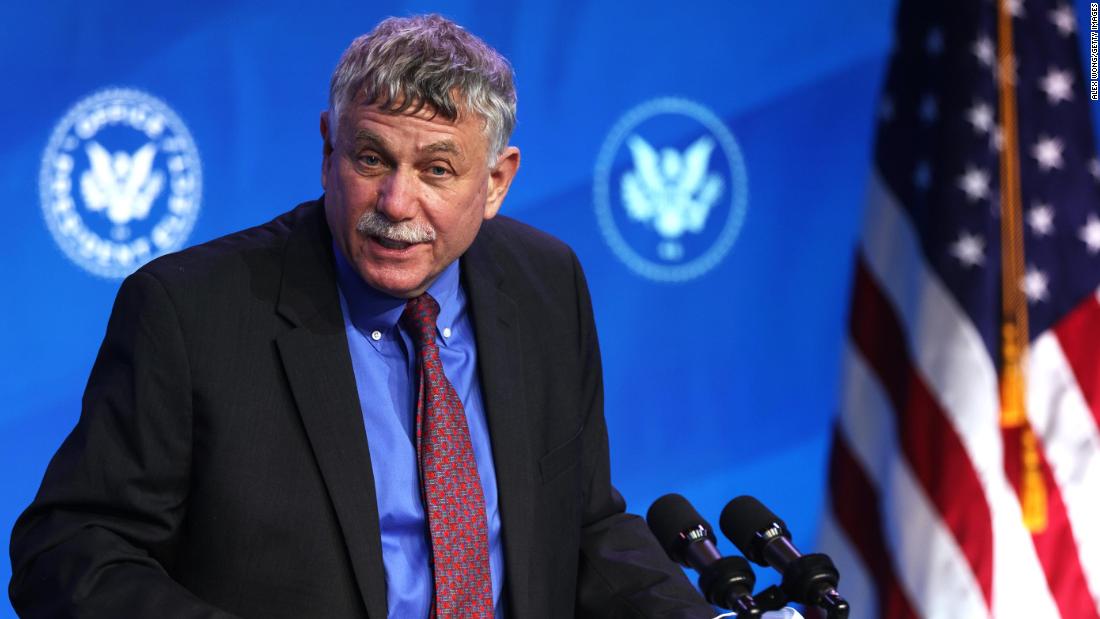 White House press secretary Jen Psaki confirmed Lander’s resignation in a statement Monday evening, saying, “The President accepted Dr. Eric Lander’s resignation letter this evening with gratitude for his work at OSTP on the pandemic, the Cancer Moonshot, climate change, and other key priorities. He knows that Dr. Lander will continue to make important contributions to the scientific community in the years ahead.”

A person familiar with the situation told CNN that Biden had not asked for Lander’s resignation but that he had offered it Monday night after staying on in his role as a top adviser had become “untenable.”

The resignation of the President’s science adviser and director of the White House Office of Science and Technology Policy comes just a day after damning reports surfaced that he had been the subject of an internal investigation late last year after a complaint was filed under the Executive Office of the President’s Safe and Respectful Workplace Policy. The investigation, first reported by Politico, found “credible evidence” of violations of the policy and “corrective action was taken consistent with those findings,” a spokesperson for OSTP told CNN. It did not find credible evidence of gender-based discrimination, the spokesperson noted.

At a briefing earlier Monday, Psaki had told reporters that administration officials told Lander his behavior was “inappropriate” and “corrective actions” were needed. The White House, Psaki added, would monitor Lander for “compliance” moving forward. She declined to say whether Lander should have been reprimanded more strongly, given President Joe Biden’s pledge to fire staffers “on the spot” if he heard they treated others with disrespect.

But by Monday evening, it became clear that Lander was facing fallout.

A source told CNN’s John Harwood that Lander would no longer testify before the House Subcommittee on Health on Tuesday as originally scheduled — a withdrawal so last minute that the committee had already posted his remarks as prepared for delivery.

In a letter addressed to Biden on Monday, members of the House subcommittee requested copies of the White House’s findings, writing that it was the committee’s “top priority to ensure that federal science agencies are equipped to meet the challenges facing our nation,” calling the behavior detailed in Monday’s reports “harmful to the workforce of OSTP as they attempt to carry out their responsibilities.”

And in a separate letter Monday, the American Association for the Advancement of Science said it would no longer welcome Lander as a speaker at its annual meeting next week, writing that the organization was “disappointed” to learn of the White House’s investigation and that Lander is not conducting himself in a manner befitting a scientific leader.

Lander had met with senior White House Office leadership “about the seriousness of this matter and the President and chief of staff’s expectations that all staff interactions exhibit respect,” the OSTP spokesperson told CNN. He was to be required to take a “number of actions” to correct the behavior and the White House would monitor the compliance of the requirements.

In an apology email to OSTP staff on Friday evening and obtained by CNN, Lander apologized for speaking to colleauges in a “disrespectful or demeaning way.”

“It’s my responsibility to set a respectful tone for our community. It’s clear that I have not lived up to this responsibility. I have spoken to colleagues within OSTP in a disrespectful or demeaning way,” he wrote. “This is not only wrong, but also inconsistent with our Safe and Respectful Workplace Policy. It is never acceptable for me to speak that way.”

“I am deeply sorry for my conduct,” Lander continued. “I especially want to apologize to those of you who I treated poorly, or were present at the time. I also realize that my conduct reflects poorly on this Administration, and interferes with our work. I deeply regret that.”

Lander said in his apology that his office would “take concrete steps to promote a better workplace,” and would schedule regular check-ins with staff about creating a “safe and respectful workplace.”

“OSTP is an amazing organization with amazing people taking on big, ambitious things. You deserve better, and I will do better. You have my absolute commitment,” Lander said.

This headline and story have been updated with additional developments Monday.