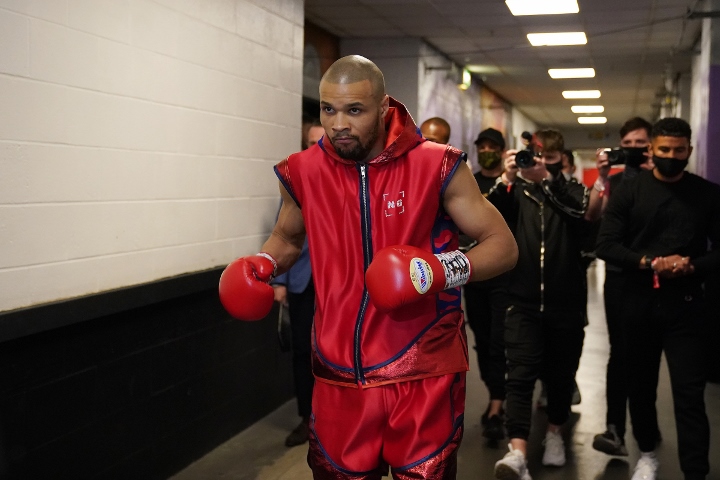 Chris Eubank Jr. has gained a certain reputation over the past few years. The British native and middleweight contender had become known for his high work rate, pernicious knockout power, and come forward fighting style. But while his normal rough and rugged abilities placed him amongst the best at 160 pounds, Eubank Jr. grew offended by the perception of his overall skills.

Heading into the 32-year-old’s middleweight showdown against long-hated rival Liam Williams on February 5th, at the Motorpoint Arena in Cardiff Wales in the United Kingdom, Eubank Jr. smiled and laughed as he made his way to the ring. Though it was clear that he loathed his fellow Brit, Eubank Jr. went into their contest with a different mindset.

“I came into this fight wanting to show a different side of myself,” said Eubank Jr. following his dominant 12 round unanimous decision victory. “I didn’t want to knock him out and finish the fight in the first round. I probably could’ve done it if I had pressed it after those first three knockdowns.”

As Eubank Jr. eludes to, Williams found himself on the canvas several times throughout the night. In the opening frame, Williams attempted to bulldoze his way on the inside. Eubank Jr., however, flashed a strong left-hand jab which saw Williams hit the deck. In rounds two, four, and 11, Williams reconvened with the canvas.

For the majority of their contest, Eubank Jr. boxed, moved, picked his shots when need be, and played effortless defense. With the British star successfully unveiling an entirely different side to his arsenal, he now has his eyes set on a world title opportunity. As he continues to wait on his shot at gold, Eubank Jr. is hopeful that with his new bag of tricks, the observers will view him as a more versatile and well-rounded fighter.