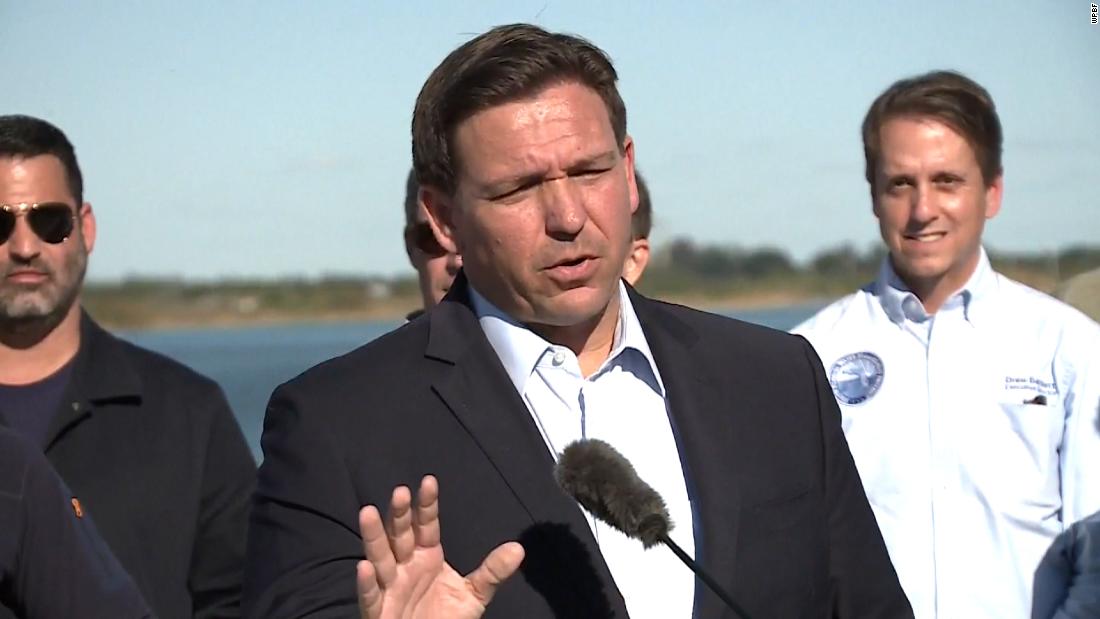 “We will not be signing any congressional map that has an unconstitutional gerrymander in it, and that is going to be the position that we stick to,” the Florida Republican said in Jackson County. “Just take that to the bank.”

DeSantis has taken issue with the historical boundaries of Florida’s 5th Congressional District, which connects predominantly African American communities in Jacksonville and Tallahassee 150 miles apart. Opponents of DeSantis say removing the district is a blatant violation of the Voting Rights Act.

The district is one of four in the state designed to improve African American chances of representation in Congress. US Rep. Al Lawson, who is Black, represents the district.

In taking this stance, DeSantis is at odds with Republican lawmakers. Maps approved by the state House and Senate would keep the district largely untouched for the next decade. If he sticks to his word, DeSantis won’t sign either, creating new uncertainty of where lawmakers go from here.

DeSantis’ remarks come a day after the state Supreme Court rejected his request to provide guidance on whether breaking up Florida’s 5th would violate the Voting Rights Act and the state’s Fair District Amendment.

In a 5-0 decision with two justices recusing, the court said it couldn’t issue a ruling about a single district without considering the entirety of Florida’s congressional map, adding that it lacked the “functional analysis of statistical evidence” to make that call.

DeSantis acknowledged the setback on Friday from a court stacked with Republican-appointed justices, including three of his own. But he remained determined to see the district broken up.

“That is not changing my position at all,” he said.

DeSantis has involved himself in the state’s decennial redistricting process far more than his recent predecessors. Last month, he introduced an aggressively partisan map that would net Republicans more seats in Congress.

The unusual step by DeSantis followed grumblings from Republican operatives that the GOP-controlled legislature wasn’t pressing its advantage enough during the state’s redistricting process. His map would also reshape another seat held by a Black Democrat, an Orlando-area district represented by Rep. Val Demings. Demings is now running for US Senate.

The map proposed by DeSantis would give Republicans the advantage in at least 18 of the 28 districts in the state and as many as 20. Florida Republicans currently hold 16 seats in the US House of Representatives.

The state Senate has already approved its map, which keeps the current district lines largely in place. Those boundaries were approved after legal challenges that dragged on for years. By not making many changes, state senators were hoping to avoid a protracted court fight this time around.

The state House’s map makes significant changes to give Republicans more of an advantage but kept the 5th District intact.

DeSantis has now set the stage for a showdown with his own party, with the future of Congress potentially hanging in the balance.

DeSantis had split the North Florida district in such a way that it eliminated one of four districts in the state where Black Floridians had a reasonable chance of electing representatives from within their community. He also made it far less likely for a Democrat to win any district north of Orlando.