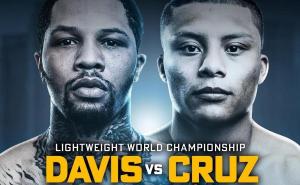 Initially, Davis was scheduled to face Rolando Romero, but several problems with his opponent forced a change several weeks in advance and now “Pitbull” Cruz enters the game, a very interesting opponent who is very hungry to dethrone Gervonta.

The 26-year-old American is coming off a masterful performance at 140 pounds. Last June 26, he scored a technical knockout over Mario Barrios to be crowned in the division. Now he will return to the former division and the public expects to see more of him and his spectacular boxing.

Cruz is 23 years old, a tough, strong Mexican who fights with a lot of aggression. The Mexico City native has victories over good opponents such as Diego Magdaleno, Francisco “Bandido” Vargas, among others.