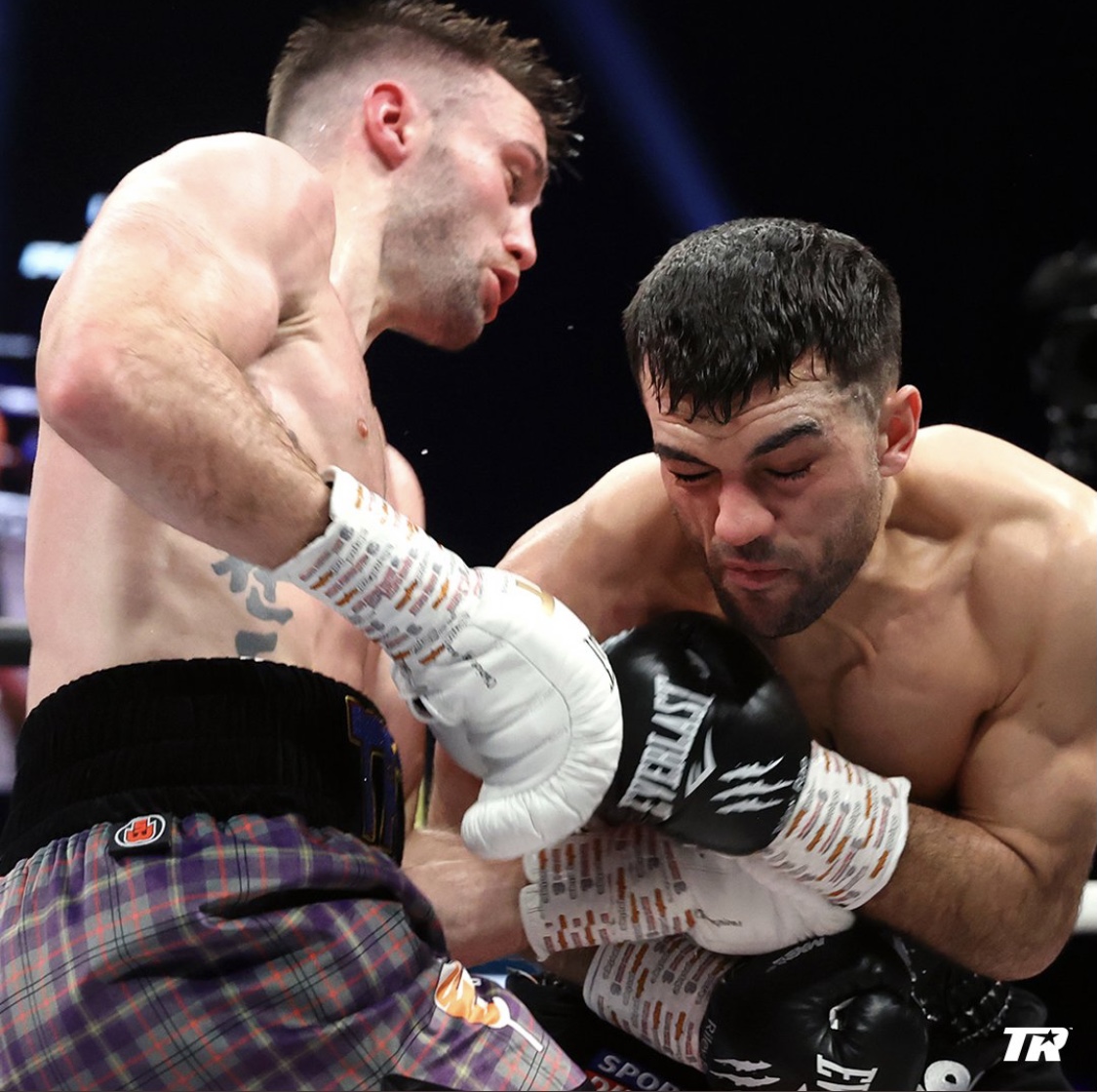 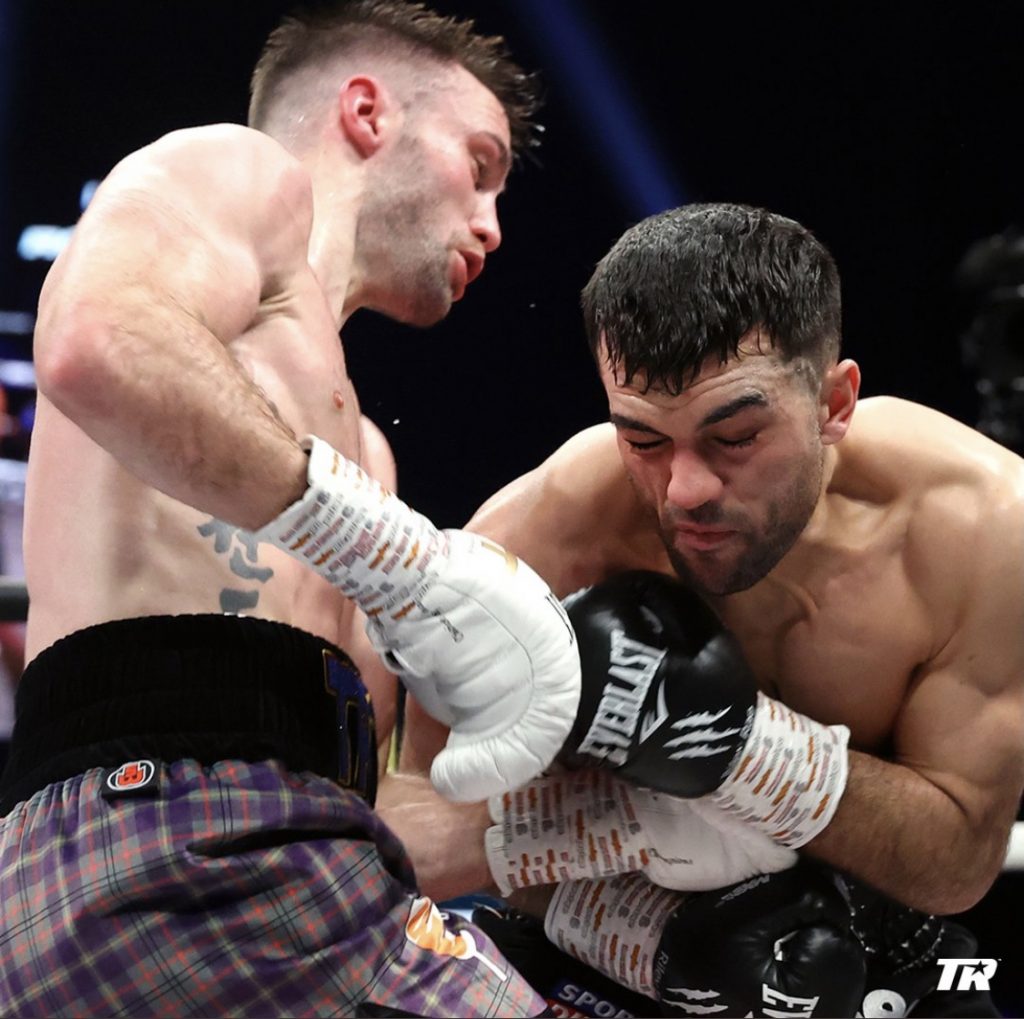 A visibly shaken Taylor stumbled halfway across the ring as a result. Even with Taylor momentarily stunned, Catterall didn’t rush in. He calmly worked his jab from the outside and kept his distance when need be.

With a bit of momentum, Catterall kept things going in the second. He slowly moved around the ring, playing matador to Taylor’s bull. With each missed shot, Catterall made his man pay. Taylor had no answer as Catterall continued to out-box his man. As the clock flashed a few seconds remaining in the period, Catterall connected with a two-punch combination before the bell rang.

In round three, Taylor attempted to get his mojo going. He blasted Catterall with a clean right hand that pushed his man into the ropes. Ultimately, the undisputed 140-pound titlist kept up his aggression. He attacked his mandatory challenger against the ropes and found success with a concentrated work rate to the body.

As the midway point of their contest rolled by, both men seemed to exchange numerous rounds. At times though, Taylor would fall into a lull and allow himself to get out-boxed. In the seventh, in particular, Catterall blasted Taylor with a four-punch combination.

In a change of pace in the eighth, Catterall stood his ground in the center of the ring and connected with another eye-catching combination. As a result, Taylor hit the deck for the first time in his career.

At various times throughout their contest, referee Marcus McDonnell continually stepped in to pause the action. In the ninth, Catterall was handed a point deduction for excessively holding. A re-energized Taylor upped his aggression in the tenth, leaving a lasting impression on Catterall as he spent most of the period covering up.

Taylor appeared to bank the penultimate round with another solid work rate. However, in what was a consistent theme, referee Marcus McDonnell deducted a point from Taylor due to him hitting his man well after the bell.

With a home title defense for Taylor on the brink, as well as Catterall’s championship dreams on the line, both men fought tooth and nail in the final period. Once their contest concluded, both raised their hands in victory.