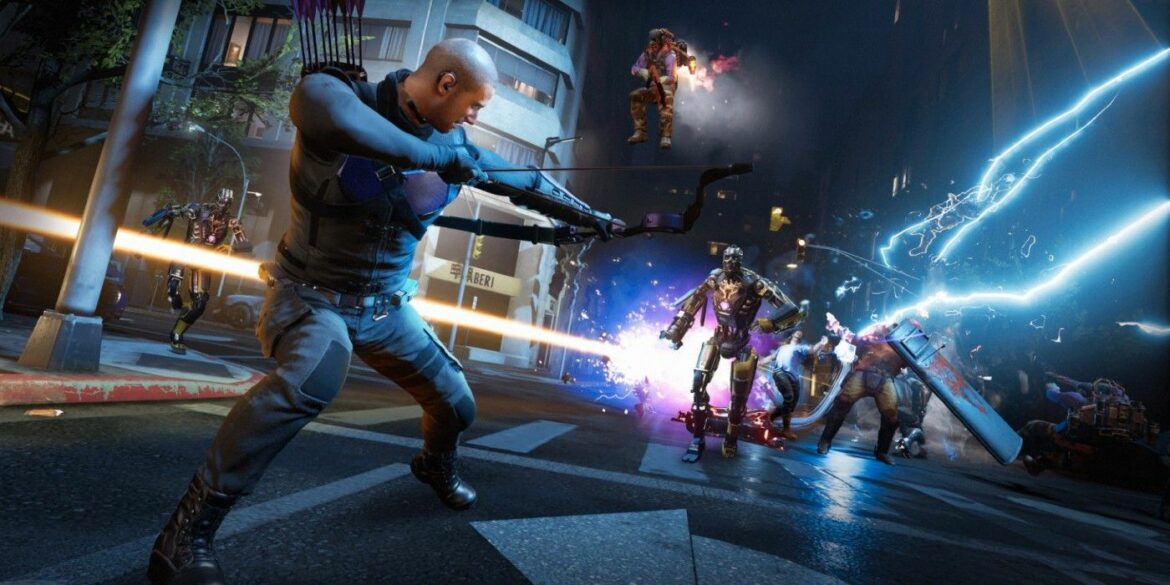 Marvel’s Avengers announced that it will add a new outfit for Clint Barton, aka Hawkeye, that is true to the outfit he wore in the latest show.

No sooner has the latest project in the Marvel Cinematic Universe, the Disney+ show Hawkeye, has wrapped that content from the show has made its way into the action role-playing game Marvel’s Avengers. The newest content update to Marvel’s Avengers sees Clint Barton, one of the heroes known as Hawkeye, getting a new skin that matches the outfit he was seen wearing in the season finale of Hawkeye.

Adding outfits that are core to the Marvel Cinematic Universe is hardly new to Marvel’s Avengers. For instance, Natasha Romanoff got her white outfit from 2021’s film Black Widow added to Marvel’s Avengers right after the movie was released. Although Black Widow was one of the original characters in Marvel’s Avengers, fans were clamoring for developer Square Enix to add outfits that were more accurate to the MCU movies. Since then, heroes like Black Panther, Thor, and even Spider-Man have gotten updates to their wardrobes by way of movie-accurate outfits. Now, Clint Barton’s Hawkeye is joining this club.

Marvel’s Avengers announced on Twitter that, in celebration of the airing of the season finale of Marvel’s Hawkeye show on Disney+, Clint will be getting a new outfit matching that of his MCU counterpart. The black and purple outfit is based on the new suit that Clint receives from his companions in episode six of Hawkeye, where he battles alongside his protege Kate Bishop against the Tracksuit Mafia, Kingpin, and others. The new outfit will be available in the Marvel’s Avengers marketplace beginning on December 23.

Inspired by the Marvel Cinematic Universe, the Marvel Studios’ Hawkeye Outfit features Clint confronting enemies from his past.

Though it may seem a bit gauche to have Marvel’s Avengers immediately capitalizing on the conclusion of Hawkeye, the game and MCU have worked hand-in-hand since launch on releasing new content. In addition to Natasha Romanoff, the release of Spider-Man to Marvel’s Avengers, along with outfits featured in the Web-Slinger’s many movies, were added during the marketing leadup ahead of the release of Spider-Man: No Way Home. Square Enix has also confirmed that several heroes, including Spider-Man and Black Panther, had their base outfits inspired by those seen in the movies.

Although these movie-accurate skins don’t have any effect on the gameplay for Marvel’s Avengers, they can be helpful to players who want to relive or recreate moments from the films or comics. Whether it’s players recreating the famous “Spider-Man pointing” meme using the new skins, players enjoy getting to play around as the MCU versions of these heroes. As Marvel’s Avengers nears the end of its second year, fans breathlessly await the next hero who might join the game’s roster.

A fan of hockey, Marvel, and all things gaming.