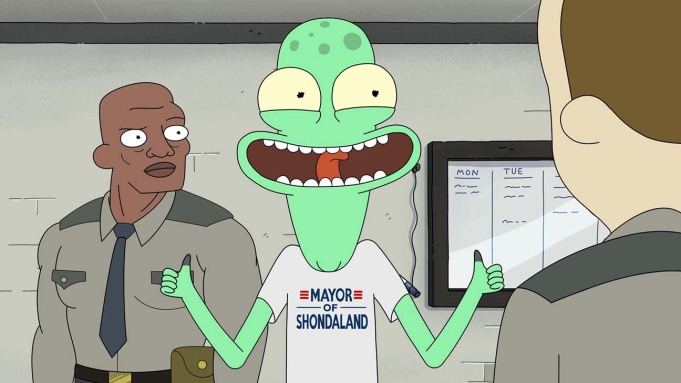 Production workers at Rick & Morty and Solar Opposites filed a petition on Tuesday for a union election with the National Labor Relations Board in a bid to join The Animation Guild.

Workers announced that they had filed to unionize with TAG (IATSE Local 839) on Twitter on Tuesday, which the union confirmed later in the day. According to the union, a “super majority” of workers in the proposed unit — which includes production managers, production supervisors, design assistants, casting assistants, storyboard coordinators, office production coordinators and assistants — asked management for voluntary recognition last week.

In a statement about the unionization effort, one Solar Opposites production manager, Kallan Zimmerman, said that “production workers are the heart of the animation industry and have been underappreciated and undercompensated for far too long” and called for having “a seat at the table with our artist colleagues.” Rick and Morty production manager Jennifer Vogan said production workers need “real benefits” while Solar Opposites design coordinator Dana Bell called for “getting the recognition and the benefits that we deserve.”

The news arrives as The Animation Guild remains locked in negotiations with the Alliance of Motion Picture and Television Producers (AMPTP) on a new master agreement. Talks began on the contract on Nov. 29 and TAG members, often using the hashtag #NewDeal4Animation, have waged a spirited social-media campaign supporting certain key asks ever since. Members have made public that they are looking to address pay disparities for animation writers and for color designers and schedule and pay issues for story artists as well as end unit-rate pay for timing directors in this round of talks.

Earlier this year, TAG expanded for the first time outside of Los Angeles County by unionizing Titmouse New York (Harriet the Spy, Superjail!), where management voluntarily recognized the union.