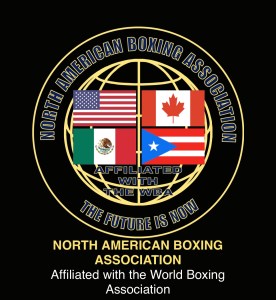 On Saturday night, Cletus Seldin stepped into the ring at the Barclays Center in Brooklyn, New York, for the second defense of his North American Boxing Association (NABA) super lightweight title against William Silva. It marked the beginning of a new era for the World Boxing Association (WBA) affiliate, which has undergone substantial changes in recent months.

With the respected Gary Shaw as President and Steve Bashore as its Chairman, the NABA has begun a process of working for regional boxing throughout North America. The WBA is proud that men with such a background and experience can take the reins of this important wing of the institution and at a key moment for the sport.

It was the first title sanctioned by the new leadership and it was also the opportunity to unveil a new design for the NABA belt, with different colors and the inclusion of the Puerto Rican flag in the center, which joins those of the United States, Canada and Mexico.

With the slogan “The Future is Now”, NABA  plans to introduce changes to the organization and boxing, give opportunities to boxers and contribute to the growth of the activity. It is just the beginning of a hard work and a series of announcements that will be announced as time goes by.