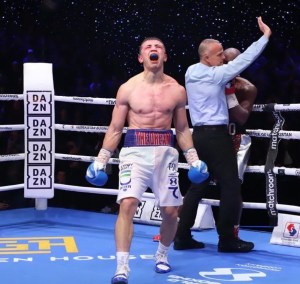 The home fighter imposed his strength against an opponent of great quality like Soto and after a wide punishment at the end of the ninth round forced the referee to stop the fight.

It was a great victory for the 26-year-old fighter, who is now close to a world title shot and has left a pleasant impression as he has done in most of his fights.

The Uzbek remained undefeated in 8 fights, 6 of them won by knockout, while Soto now has a record of 35 wins, 3 losses, 1 draw and 24 knockouts.