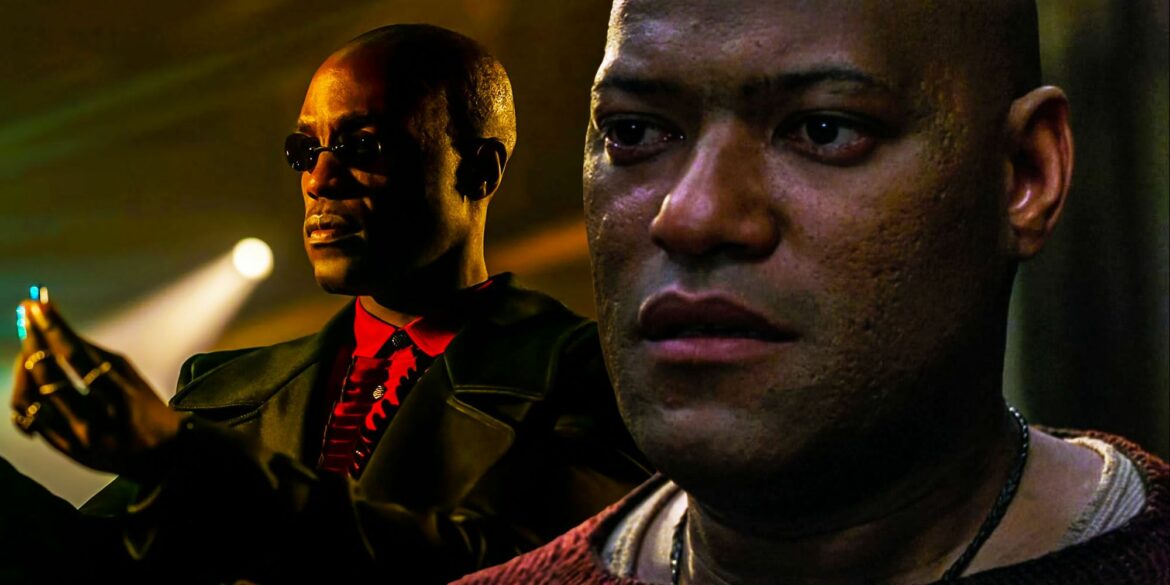 Examining what happened with the Laurence Fishburne version of Morpheus, and the Yahya Abdul-Mateen II version in The Matrix Resurrections.

Caution: Major spoilers ahead for The Matrix Resurrections!

With The Matrix Resurrections now playing in theaters and streaming on HBO Max, many viewers finally have answers to burning questions and theories raised since its announcement. In particular, addressing the fate of certain prominent characters like Morpheus, who takes on a different role in this installment compared to the original trilogy. While Keanu Reeves and Carrie-Anne Moss reprise their roles once more as Neo and Trinity, respectively, many wondered why Laurence Fishburne wasn’t returning to the role of Morpheus as well. The movie addresses the recasting of his Fishburn’s iconic character and the reasoning for it in more ways than one.

The character of Morpheus is considered by many viewers of the Matrix movies as one of the greatest in science fiction. At once a wise leader who can be counted on, as well as an expert martial artist who can perform extraordinary feats. In the world of the Matrix, he is referred to as a dangerous figure by many, while his only motive is to show people the reality of life. Over the original trilogy, Neo, Trinity and Morpheus work together in stopping the Agents like Smith (Hugo Weaving) from taking over the system, and saving Zion as a result.

Related: The Matrix 4: How Neo Returns In Resurrections

The Matrix Resurrections takes place 60 years after the events of the original trilogy. The Morpheus that Neo knew is no longer alive, as is made evident by a much older Niobe (Jada Pinkett Smith). Fans of the franchise will recall The Matrix Online, the 2005 video game that is considered to be canonical to the Matrix timeline by the Wachowskis themselves. While an MMORPG, the game contains several plotlines that take the story forward. In one of them, Morpheus is on the hunt for Neo’s body after his sacrifice in Revolutions, and wonders why the machines did not give the resistance back the remains. Frustrated, he searches for answers, but is unfortunately gunned down by a program before he can find any. At the time of release, many took issue with the game’s handling of the character, and that a character who had done so much in the trilogy was let go so easily.

Played in Resurrections by Yahya Abdul-Mateen II, Morpheus appears in this movie as a program to the many characters in the world. Coded into a Modal in the Matrix videogame construct as a character by Thomas Anderson, “nu-Morpheus” is added at first as an Agent of the system. When awakened by Bugs (Jessica Henwick), he explains that his life purpose isn’t to target her, but to find Neo. Eventually, as nu-Morpheus escapes the Modal, he finds Neo and attempts to bring him back to the real world. In the years since The Matrix Revolutions, many machines now work with humans, and programs inside the Matrix are now able to appear among humans in the real world via a new technology called an “exomorphic-particle codex”—essentially a physical avatar made up of millions of tiny metal objects.

Towards the end of the movie, nu-Morpheus assists Neo, Bugs and Sati (Priyanka Chopra-Jonas) in extracting Trinity from her pod which is being used by the Analyst (Neil Patrick Harris) to run his iteration of the Matrix. Once destabilized, nu-Morpheus escapes through one of the sockets. However, when Berg (Brian J. Smith) and Lexy (Eréndira Ibarra) are pinned down in a car by the Analyst’s swarm, he helps Bugs in shooting them off and saving their lives, continuing to be an ally despite his role in the mission being completed. He is last seen embracing them along with Bugs, as they wait for Neo and Trinity to exit the Matrix.

As his program form continues to exist in the system, Morpheus’ consciousness lives on in that of a younger, different mindset. The Matrix Resurrections honors the original version of the character with a statue in the new human city of IO and consistent callbacks, while also making way for Abdul-Mateen’s nu-Morpheus to take on the role. It remains to be seen if this newer version makes an appearance in a future installment, if Lana Wachowski intends to go ahead with one.